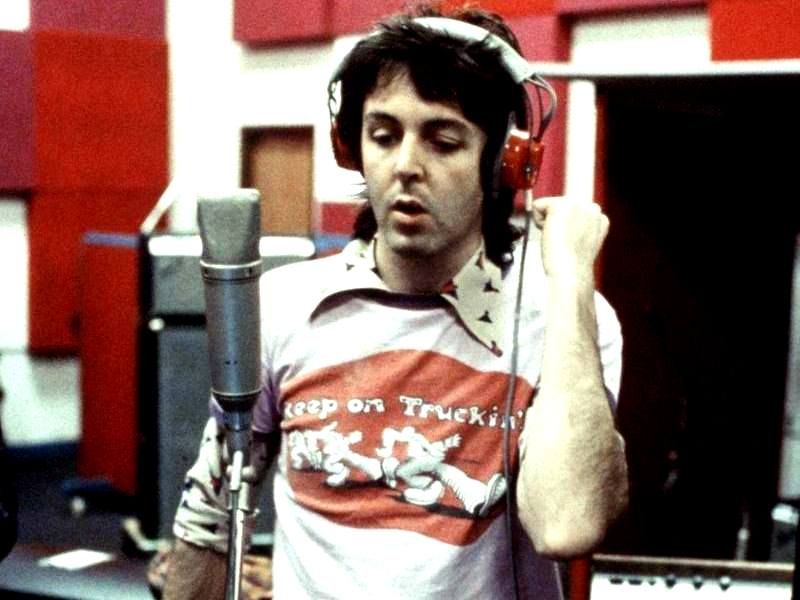 The long-anticipated Paul McCartney / Rick Rubin docuseries, titled, McCartney 3, 2, 1, will premiere on July 16th on Hulu, according to Rolling Stone. The six-part, limited series finds the former-Beatle and famed record producer discussing all aspects of his 60-year-career. McCartney and Rubin serve as two of the project's executive producers, with the series being directed by Zachary Heinzerling.

In an official statement announcing the program, Hulu Originals and ABC Entertainment’s president Craig Erwich said: “Never before have fans had the opportunity to hear Paul McCartney share, in such expansive, celebratory detail, the experience of creating his life’s work — more than 50 years of culture-defining music. To be an observer as Paul and Rick Rubin deconstruct how some of the biggest hits in music history came to be is truly enlightening.”

Paul McCartney has spent nearly half of his career being forced to look back at and make sense of not only his years with the Beatles — but his era-defining partnership with John Lennon. Not too long ago, McCartney recalled playing “Hey Jude” for him and Yoko Ono for the first time. “I played it to John and Yoko when I finished it all. I actually had finished but I thought there was a little more to go because there was just one bit of the words which was the movement you need is on your shoulder and I'm playing it and I'm saying to John 'I'll fix that. I'll fix that.' He said, 'What?' I said, 'The movement you need is on your shoulder. I used the word shoulder once and anyway it's a stupid expression sounds like a parrot, y'know, I'll change that.' He said, 'You won't y'know.' He said, that's the best line in the song, y'know?'”

IN OTHER BEATLES-RELATED DOC NEWS

A long-unseen John Lennon documentary from 1969, titled 24 Hours: The World Of John & Yoko is now streaming on the Coda Collection on Amazon Prime Video. The stream marks the first time the doc, which was filmed over five days, is available in an official capacity since airing on the BBC back on December 15th, 1969.

The 35-minute doc, spotlights Lennon and wife Yoko Ono in the final weeks of their “Peacenik” period, in Abbey Road Studios recording a still-unissued Plastic Ono Band single — dubbed over the years, “Laugh Piece” — and meeting with the press.

John Lennon considered a true mark of success being able to create his work without the constraints of the music business and/or his detractors: “We've never had any real trouble with self-expression. There's an occasional — a record will be banned because of some prejudiced about a word, or something. All our demonstrations. . . of what we are and what we stand for have always been done in a way, like the Bed-in and things that people can't really complain about. Although they can wonder what we're doing, so everything that we did is done in such a way as not to get ourselves in some kind of corner, y'know?”