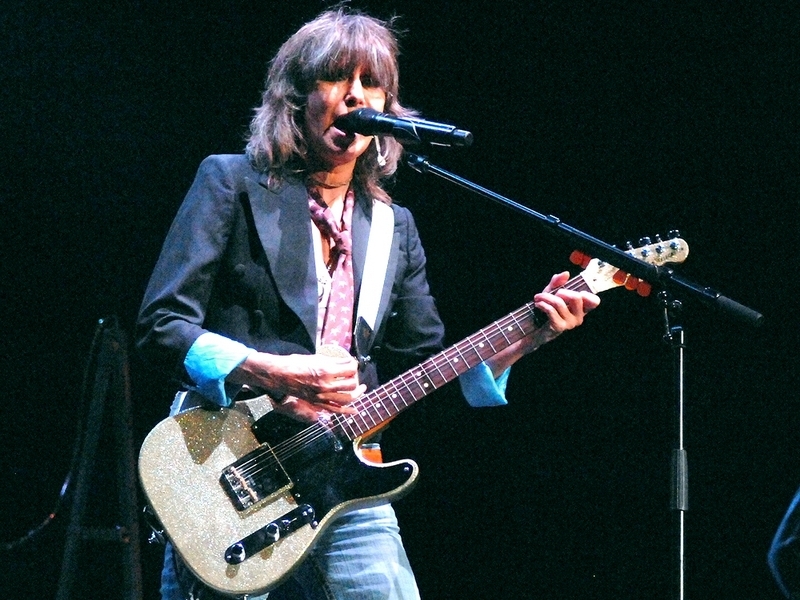 The Pretenders' Chrissie Hynde will release Standing In The Doorway: Chrissie Hynde Sings Bob Dylan, her nine-track Bob Dylan covers set on May 21st, according to Jambase.com. Hynde who began recording the songs with Pretenders guitarist James Walbourne during the pandemic, thrilled grams by posting their Dylan tracks on YouTube as a work-in-progress.

On May 24th — Bob Dylan's 80th birthday — Britain's Sky Arts will be broadcasting the documentary chronicling the sessions for Hynde and Walbourne's covers set, titled, Tomorrow Is A Long Time.

In a press release for the new album, Chrissie Hynde, shed light on how Standing In The Doorway came to be:

A few weeks into lockdown last year, James sent me the new Dylan track, “Murder Most Foul.” Listening to that song completely changed everything for me. I was lifted out of this morose mood that I’d been in. I remember where I was sitting the day that Kennedy was shot — every reference in the song.

\Whatever Bob does, he still manages somewhere in there to make you laugh because as much as anything, he’s a comedian. He’s always funny and always has something to say. I called James and said, “Let’s do some Dylan covers,” and that’s what started this whole thing.

Chrissie Hynde told us that in regards to songwriters, there's no one she rates above Bob Dylan: “Dylan, he's just the greatest songwriter of all time, I think. You could do album after album of his songs. I mean, there's so many of his songs that I'd like to do. I could just keep doing them.”

The tracklisting to 'Standing In The Doorway: Chrissie Hynde Sings Bob Dylan':