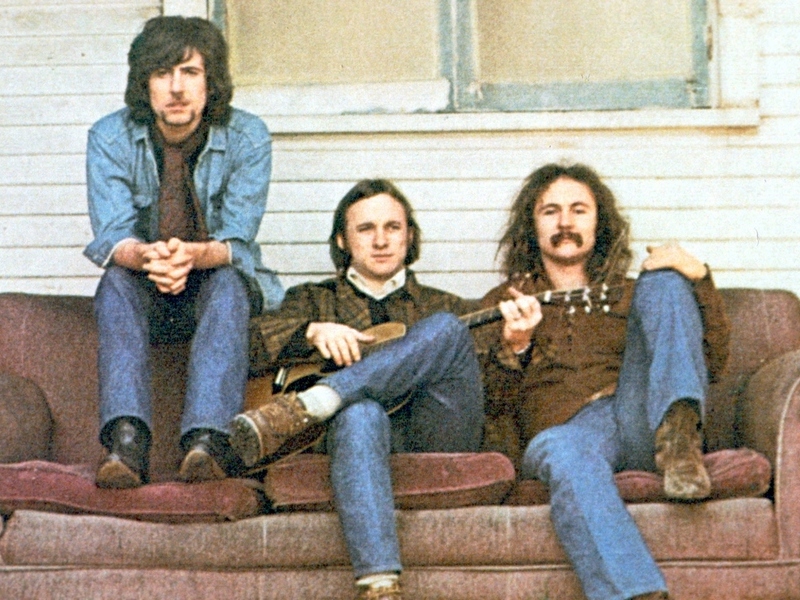 David Crosby took time out to sing the praises of his original partner in Crosby, Stills, & Nash — the great Stephen Stills. Crosby was chatting with Mojo and reflecting back on Crosby, Stills, Nash, & Young's 1970 Déjà Vu album, which will be expanded into a deluxe box set edition on May 14th.

When pressed how the group was able to cull the perfect blend of each member for the classic album, Crosby explained, “The songs we liked the best ended up on the record. We would sing each other the songs and it was pretty undeniable. And, y'know, you've got four really good writers, so that's eight songs if you give each guy two songs apiece and if you're going with 10 songs, somebody is going to get and extra song. And when I'm in a band with Stephen Stills, believe me, that extra song should go to him. He was the best guy in the band, man. Best writer, best singer, best player, no contest.”

Although many had hoped that CSNY would have mended the fences in their personal relationships in time for the flurry of 50th anniversaries coming up fast and furious, David Crosby seemed resigned to the fact that people change: “Bands are like marriages, and human beings' lives do not go on parallel paths. We're always either getting closer to each other or getting further away. Always. Bands, when they start out, you're really in love with each other because you love each other's music and the excitement that you're causing and you're thrilled with being in this band. But after 40 years that devolves to 'turn on the smoke machine and play your hits.'”

2014 saw the release of CSNY's last major box set, CSNY 1974, chronicling the band's massive reunion tour. The CSNY 1974 collection features not only the group's biggest hits, but a large selection of music the audiences had never heard at the time. David Crosby believed the brilliance of the group was the ability to let its creativity lead the way: “We had so much material. I mean, it’s what I like about the record. There’s all kinds of material bubbling to the surface there, in the middle of this box set. There’s stuff — y'know, we were singing songs we wrote that day. Literarily. I remember singing a song that was brand new and have Stephen and Graham walk on at the end of it and sing harmony parts that we had never sung together — ever. That elevates you. That kind of possibility is exactly, what, at least, Neil and I were looking for. I know that. One of the main things that he loved about the band was that it would take chances. The more formalized it became, the more organized it became, the less he liked it. But I think you hear that on these discs. You, you hear a lot of joy, and a lot of — God, I don’t wanna be strokin’ ourselves too much here, but, a lot of bravery.”