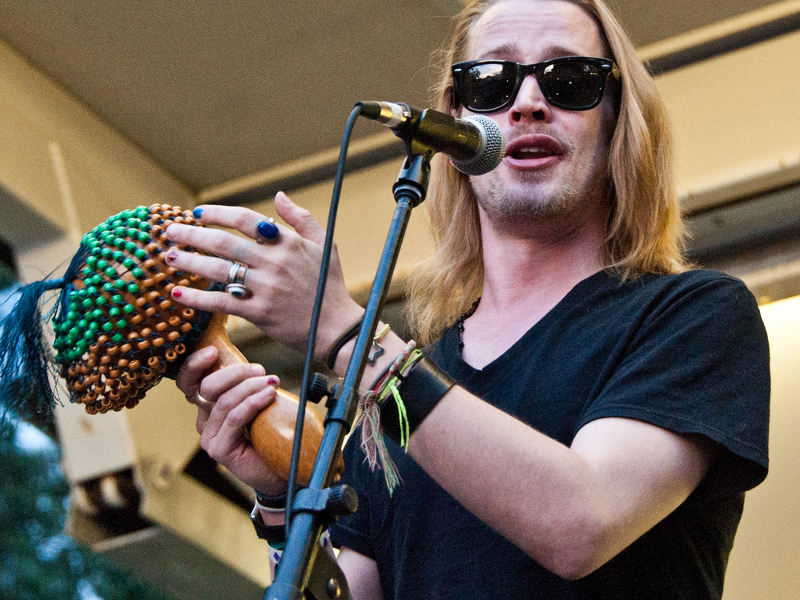 MACAULAY CULKIN PEEK: Fans are getting their first look at Macaulay Culkin‘s role on Season 10 of American Horror Story. Ryan Murphy shared a shot from the set, featuring Culkin and Leslie Grossman posing on a beach in fur. Both Murphy and Grossman posted the pic with the caption, “Something wicked this way comes.” No premiere date has been set yet.

DAKOTA JOHNSON ALWAYS WANTED TO ACT: Dakota Johnson‘s father Don Johnson told Seth Meyers on Late Night that Dakota devoted her life to acting in high school. “That bus left. She doesn't need any advice from me,” the 71-year-old actor replied. “The funny thing about her is—we have a rule in the family that, you know, if you stay in school, you get to stay on the payroll. So, you go to college, you get to stay on the payroll. Towards the end of high school, I went to her and I said, 'So, do you want to go visit some colleges?' Or something like that. And she was like, 'Oh, no. I'm not going to college.'”

RAMONA SINGER PUBLISHES BANKING INFO: Whoops! Real Housewives of New York star Ramona Singer accidentally posted a screenshot of her bank account info on Instagram. This is the second time it’s happened in three months. Curious? Per Page Six, her balance in the account clocked in at $367,483.70 on Feb. 22. Her transactions included a $16,942.90 check withdrawal and a $7,500 deposit from BEN Group Inc.

TYLER POSEY TALKS SOBRIETY: Teen Wolf star Tyler Posey told Variety that he is no longer sober. “There was a moment where it got a little scary and I felt like I needed some help,” he explained. “I felt like since I was about 14 years old, I've stunted my mental growth from just not dealing with anything and dealing with it with weed or drugs or booze. The time that I was sober, I felt like it kick-started me growing up and sped up the process of me growing up and dealing with the stuff that I haven't been dealing with forever.” He’s back to drinking, but feels he has it under control: “I didn't know how long I wanted to be sober. I've since started coming back into the other world, the other side of things, so I'm technically not sober anymore, but I keep in touch with everybody. I learned a lot about myself.”