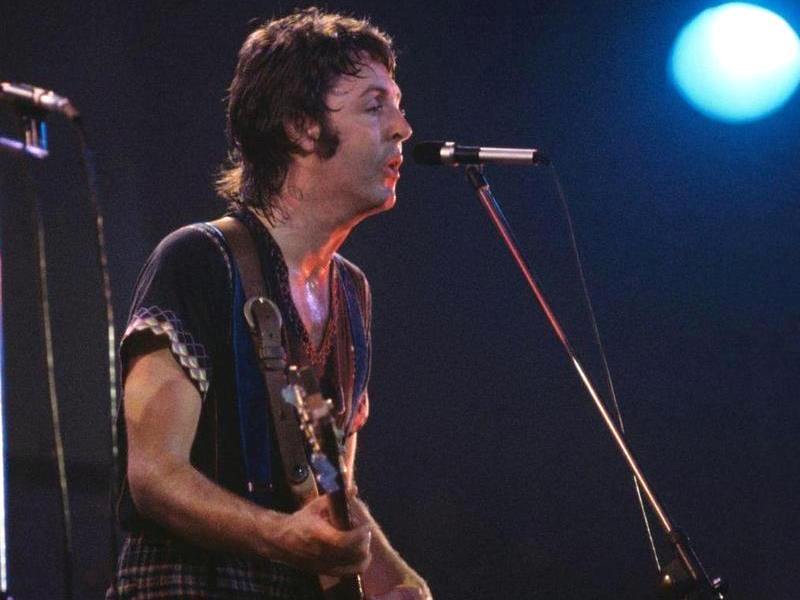 Paul McCartney has just uploaded a new 15-song Spotify playlist on his official PaulMcCartney.com site. Every month McCartney posts a new tracklisting with a specific theme — with February spotlighting “Valentine's Day.” In addition to including a trio of tunes from his recent McCartney III collection, he's also drawn several tracks from Twin Freaks — his 2005 mashup album with DJ and producer Freelance Hellraiser.

You’d think that people would have had enough of silly love songs, but here at PaulMcCartney.com, we see it isn’t so! In fact, silly love songs might be just the tonic we all need right now, so we’re starting February by listening to some of our favorites from Paul.

Get in the Valentine’s mood with the latest “Sticking Out Of My Back Pocket” playlist, featuring some of Paul’s best-loved romantic tunes, and the deep cuts that are sure to bring out some deep deep feeling(s). We’ve even included some of our favorite remixes in an attempt to woo you.

With so many Beatles and solo classics under his belt, Paul McCartney admits that at times songwriting can be considered nothing short of divine intervention: “If you're lucky, songs are easy to come up with. The magic just happens quite quickly. Some of them, you've got to slog at; it's like anything. But the ones I feel luckiest with are songs like that. Something like 'Yesterday' really came without me knowing it. Y'know, I just woke up one morning, I kind of dreamed that melody. So, I mean, I was just lucky, I don't know really how that one happened. I haven't got an explanation for that — except maybe this idea of a composer being some sort of vehicle that this (exaggerated voice) force flows through.”