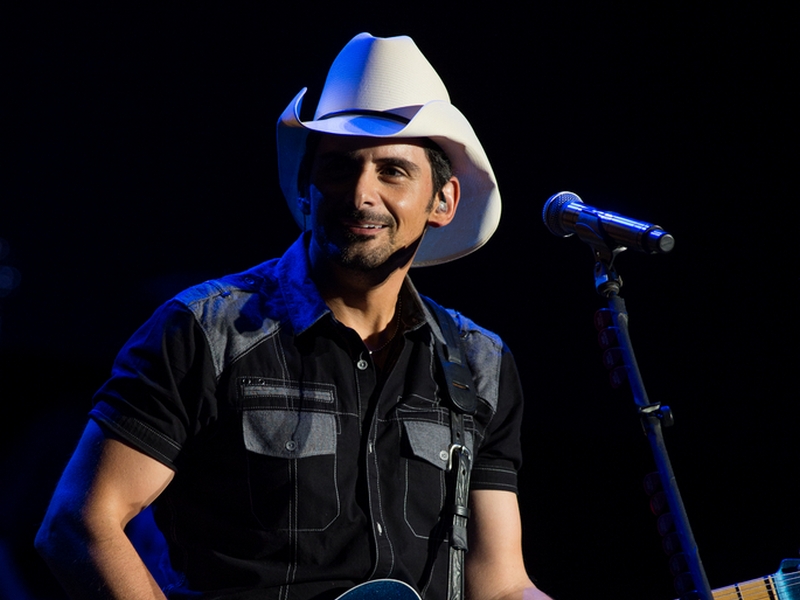 Brad Paisley has replaced Taylor Swift on a mural of country music legends in downtown Nashville. Taylor, who was formerly depicted sitting perched on a barstool between Willie Nelson and Johnny Cash has been painted over. Now, it’s Brad sitting on the same stool.

USA Today noted, the decision to replace her came about (at least in part) because of the disapproval of the country fans who hang out in downtown Nashville.

Tim Davis, the artist of the mural who painted it said, “I have heard many complaints here in Nashville about Taylor being on the wall with country legends since she is currently focused mainly on pop.” He went on to say, “By and large, the people of Nashville love her, as do I.”

Davis adds that it was the bar owner’s decision, not his. He is currently raising money via a Go Fund Me page to paint a mural dedicated exclusively to Taylor Swift.

The mural is located on the outside wall of a Nashville bar.