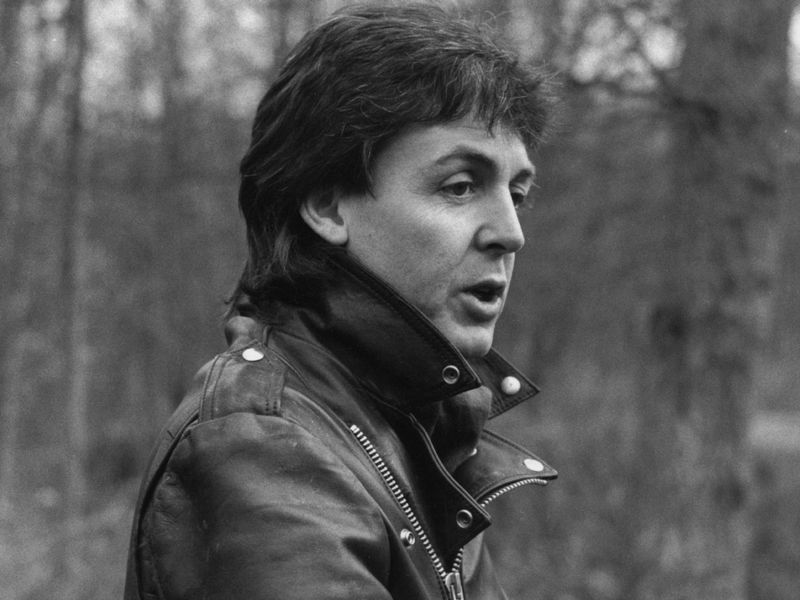 Out today (December 18th), is Paul McCartney's long-awaited McCartney III album. The collection, which was primarily recorded during the pandemic — or “Rockdown” — as the former-Beatle calls it, rounds out his self-written, performed, engineered, and produced trilogy, following 1970's McCartney and 1980's McCartney II.

According to the press release for McCartney III:

Paul hadn’t planned to release an album in 2020, but in the isolation of “Rockdown,” he soon found himself fleshing out some existing musical sketches and creating even more new ones. Before long an eclectic collection of spontaneous songs would become McCartney III: a stripped back, self-produced and, quite literally, solo work marking the opening of a new decade, in the tradition of 1970’s McCartney and 1980’s McCartney II.

Recorded earlier this year in Sussex, McCartney III is mostly built from live takes of Paul on vocals and guitar or piano, overdubbing his bass playing, drumming, etc. atop that foundation. The process first sparked when Paul returned to an unreleased track from the early '90s, 'When Winter Comes' (co-produced by George Martin). Paul crafted a new passage for the song, giving rise to album opener 'Long Tailed Winter Bird' — while 'When Winter Comes', featuring its new 2020 intro 'Winter Bird', became the new album’s grand finale.

I was living lockdown life on my farm with my family and I would go to my studio every day. I had to do a little bit of work on some film music and that turned into the opening track and then when it was done I thought what will I do next? I had some stuff I’d worked on over the years but sometimes time would run out and it would be left half-finished so I started thinking about what I had. Each day I’d start recording with the instrument I wrote the song on and then gradually layer it all up, it was a lot of fun. It was about making music for yourself rather than making music that has to do a job. So, I just did stuff I fancied doing. I had no idea this would end up as an album.

“Macca” explained that initially during the pandemic, he had hit the studio to wrap up some incidental film music he was working on — but those sessions slowly evolved into the latest one-man-band album: “I was completing songs, just for my own fun, and I wrote some special ones and then I finished ones I had been meaning to finish. And all in all, I suddenly had 11 tracks — all finished, ready to go. So, I thought, well, I don't know what I'd do with this. It's an album, maybe. And then I realized, 'cause I'd played everything on the album; this is Number Three in the trilogy.”

Paul McCartney's been known to record endlessly in the studio — especially after building The Mill, near his home in Sussex, England. Despite the close proximity, McCartney has learned to draw back from going overboard creating new music: “I do fiddle about more now, 'cause I've got my own studio now. If I'm feelin' a bit fed up and just make up a track — I do that a bit. I tend to try to keep it separate — 'cause you can, y'know, just get fed up. If you're there all the time, it's not as much fun. So, I try to balance it up. Y'know, just have times when — like in the summer, I don't work much in the summer. The minute that weather gets good, I just feel soft going in the studio. Unless there's a big album on, or something and you've got everyone in and you've gotta go in. But if I have the choice, then I won't go in. Then I'll go on holiday; do sensible things like that.”

Paul McCartney has been writing songs for nearly 65 years, and admits he's just as amazed each time the muse strikes him: “I've been blessed with this privilege of writing songs that people will listen to. And then, when I play them — people know them. So, I kind of, feel it's a magical thing — so I love it.”