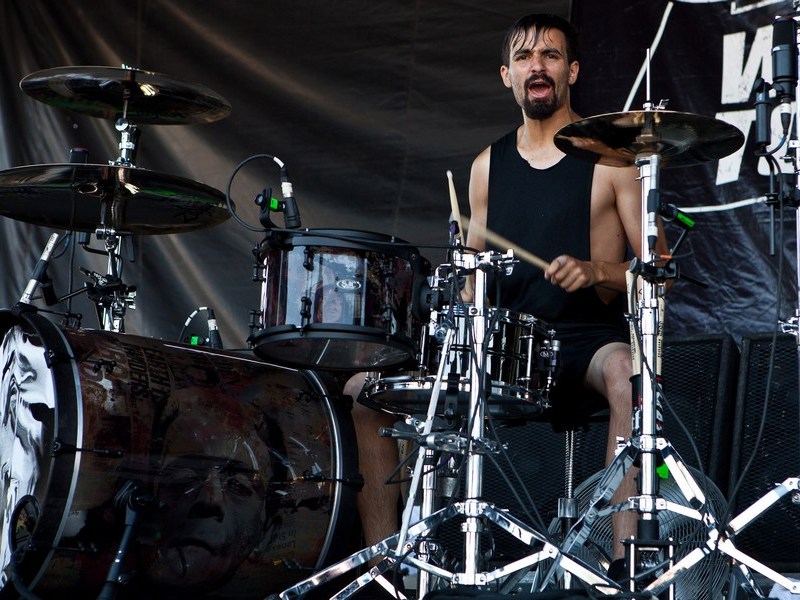 Slipknot drummer Jay Weinberg shed light on his stint backing Bruce Springsteen. Weinberg, who joined the Slipknot back in 2014, is the son of E Street Band drummer Max Weinberg — and subbed for his dad back in 2009, drumming for “The Boss” during the tour behind that year's Working On A Dream album.

Weinberg recalled the experience to Vater Drumsticks during a video chat, with Blabbermouth transcribing: “The real learning was seeing, to me, the baddest band in the land, the real tenacious E Street Band, watching them do what they did for four hours a night. To this day, you don't see bands doing that; they're in a league of their own. So to have that education of seeing that happen every night, it's, like, there's no partying here. It takes so much focus to deliver on your vision and what Bruce and the band have done for decades has been flawlessly executing a certain vision.”

Weinberg went on to say, “So that's what I really took away from that experience, and then, of course, now applying that to Slipknot. It's a vision that I've come to understand, and (I) was a fan when I was very young. I knew the band inside and out, knew the songs like the back of my hand, knew the vision of the band and the direction that the band was going. It takes that application and tenacity of just, like, every day you wake up and you've gotta bash down the door. So that was the best lesson that I ever got from Max Weinberg University.”

Back in 2009, Bruce Springsteen's pianist Roy Bittan told us during the initial E Street Band rehearsals the was nothing short of amazed at the power and talent of Jay Weinberg: “Jay, who's 18-years-old — this kid is brilliant. He's a brilliant drummer and also spent hours upon hours studying the songs and learning it, and observing and watching Bruce, and talking to his dad. Max gave him a lot of instruction as to how to follow Bruce during the show, y'know? And has just done an incredible, incredible job. I mean the kid is one of the most brilliant drummers I've seen — certainly at his age.”