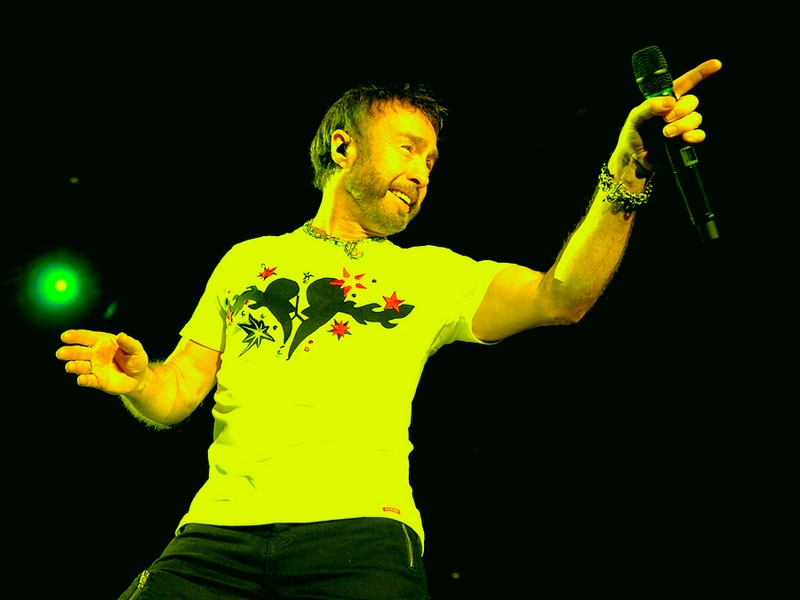 Happy Birthday to the legendary Paul Rodgers, who celebrates his 71st birthday today (December 17th)!!! Over the decades, Paul Rodgers has remained one of rock's most beloved voices fronting such legendary bands as Free, Bad Company, the Firm, and Queen + Paul Rodgers.

Last summer, Paul Rodgers, Peter Frampton, Rick Wakeman, John Oates, and a host of others joined forces to record Ben E. King's 1960 classic “Stand By Me” in celebration of the song's 60th anniversary. The remake was issued on October 27th — 60 years to the day when Ben E. King first recorded the track, with proceeds benefiting the UK charity Help Musicians.

In 2018, Paul Rodgers saluted his early days fronting Free with the CD/DVD, Free Spirit. The set features Rodgers' Royal Albert Hall gig from May 28th, 2017 and includes 16 timeless Free classics including such favorites as “Fire & Water,” “The Stealer,” “Wishing Well,” and the band's signature song, “All Right Now.” 2018 also saw Rodgers hit the road as part of a triple bill with old friends Jeff Beck and Heart's Ann Wilson.

The Bad Company reissue series rolls on with the release last January of the deluxe version of the band's 1979 classic Desolation Angels. The newly remastered and expanded version of the band's double-platinum album features nine unreleased tracks. Desolation Angels, Bad Company's fifth studio set, was released on March 17th, 1979, with its album title — a salute to Jack Kerouac novel of the same name — having been nearly used by Paul Rodgers and Simon Kirke as the title to Free's second album back in 1969, which was titled, simply Free.

Desolation Angels, a solid Top Three hit in the U.S., was propelled by the massive success of the album's lead track and single, “Rock N' Roll Fantasy,” an instant FM radio hit, which reached Number 13 on the Billboard Hot 100.

Paul Rodgers told us that when putting together a setlist for a band as beloved as Bad Company are, you really need to include all the classics in the show: “I think that if I went to see, y'know the (Rolling) Stones and stuff, I'd wanna hear the big hits. And I have to admit that probably the way people feel when they come see Bad Company. They want to hear those big songs. I think, too, these songs — they're from the '70s, a lot of them — but instead of meaning less, they sort of mean more because they sort of gather memories to them. Even when I play them I go through (laughs) so many things 'cause I have been through so much of my life with these songs, so I understand that.”

Now available is the latest Bad Company live collection, Bad Company Live At Red Rocks. The concert was recorded and filmed on May 15th, 2016 in Morrison, Colorado during the band's recent joint tour with Joe Walsh. The in addition to co-founders Paul Rodgers and Simon Kirke, the new set features the band's usual side guitarist — former Heart member and Rock Hall inductee, Howard Leese, Todd Ronning on bass, and Black Crowes guitarist Rich Robinson subbing for a sidelined Mick Ralphs. The audio for the set was produced by Brian Wilson's longtime studio man, Joe Thomas.

Rodgers' latest studio set, the R&B covers collection, The Royal Sessions, it gets its name from Memphis' legendary Royal Studios, where late producer and studio owner Willie Mitchell recorded countless R&B and soul hits for dozens of artists, most notably Al Green. The album features Rodgers' takes on such soul nuggets as Sam & Dave's “I Thank You,” Albert King's “Born Under A Bad Sign,” Ann Peebles' “I Can't Stand The Rain,” Otis Redding's “Shake” and “I've Been Loving You Too Long,” and the Hal David – Burt Bacharach classic, “Walk On By,” which was made famous from versions by Dionne Warwick and Isaac Hayes.

On October 21st, 2012, Paul Rodgers officially became a Canadian citizen when he was sworn in at a public ceremony in Surrey, B.C.

In 2009, Rodgers received an honorary Doctor of Letters degree from Middlesbrough, England's Teesside University, which is located in his childhood hometown. Rodgers says that rock n' roll was one of the only ways out of Middlesbrough: “I was born in, in Middlesbrough, in the northeast of England, which was heavy industry, steel works, chemicals, and ship building, and coal mining, and all that kind of thing. And really, you were educated in order to go into one of the above. And I used to look around and think, 'God, is there no other way?'”

Despite hitting the Top Five in the UK, Queen + Paul Rodgers' 2008 album The Cosmos Rocks topped out at a disappointing Number 47 on the Billboard 200 album list. Although Paul Rodgers has no regrets over parting ways with Queen — he does feel that it was a missed opportunity that there were no North American dates to support The Cosmos Rocks: “We really had a ball making it, because we went into the studio not really knowing what we were going to do. We just threw ideas at each other and, yeah, it’s a shame we didn’t tour the states with that, actually.”

Since splitting with Queen, Rodgers has reconnected with Bad Company on a semi-permanent basis. We asked him if any of the band's old tensions reared their ugly head during their reunion gigs: “Well actually, y'know what, it was really nice. It was a really warm feeling because we've been through a lot over the years. And we did all those wild and crazy tours back in the '70s and onwards. And I think towards the end of it, we got a little burned on each other, y'know? It was good to part company and do different things.”