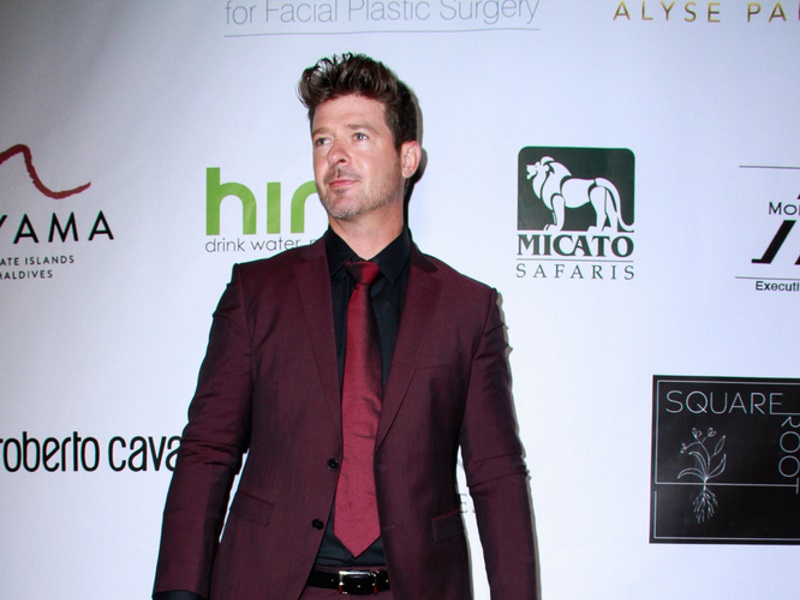 Robin Thicke took the time to honor his late father, Alan Thicke, just days after the birth of his first son.

The “Blurred Lines” singer and his girlfriend April Love Geary announced the birth of their third child together, Luca Patrick Thicke, on Friday (December 11th).

Two days later, Thicke posted a touching tribute to his father alongside a photo of himself with his son. He wrote on Instagram, “Four years ago today, on December 13, 2016, my beloved Father passed away. As I wake up next to this little guy sic his first night home, I miss my father so much, but I feel his love in my heart every time I kiss my babies on the head the same way he would kiss me.”

He continued, “I'm crying a little right now. Partly because I'm sad you're not here, but mostly because I'm happy that I had you to love me, guide me, and show me the way. I hope I make you proud. I miss you every day. Thank you Dad.”

According to E! News, the former Growing Pains star passed away in 2016 at the age of 69 after suffering from a “ruptured aorta” and a “Stanford type A aortic dissection.”