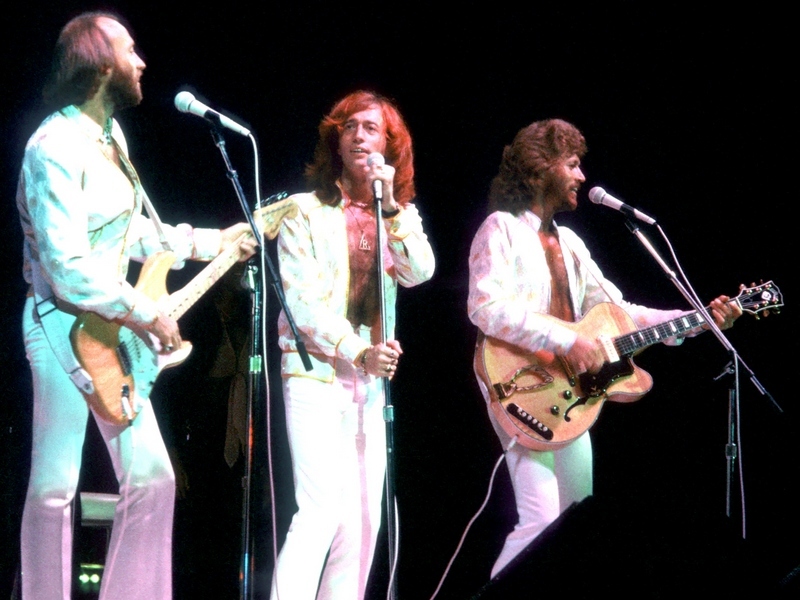 Barry Gibb credits old friend and then-RSO Records labelmate Eric Clapton for convincing the Bee Gees to move to America in the mid-'70s to revitalize their sagging career. Barry, the sole surviving Gibb brother, chatted with Billboard in advance of Saturday's (December 12th) premiere of the group's HBO documentary, How Can You Mend A Broken Heart.

Barry recalled that by 1973, things were at a make-or-break point for himself, and brothers Robin and Maurice: “(Atlantic Records chairman) Ahmet Ertegun told (our manager) Robert Stigwood that if we didn’t kick it up, they’d have to drop the group because they were fed up with the pathos in the ballads. Robin really didn’t want to do much after that. I think it really broke his heart, because Ahmet didn’t want to hear that lament anymore, that kind of voice. It’s a cruel business. You’re always dealing with people who want to tell you what kind of songs you should record.”

Barry recalled how Clapton came up with the perfect recipe to inspire the brothers into action: “Eric said, 'Why don’t you make an album in America?' He said, 'Get Americanized. Don’t spend your life tying to stick with psychedelic music or whatever you think is happening in England. Got to America, get influenced by American artists.' And we did just that.”

In addition to the Bee Gees coming up with hit-after-hit, Barry said RSO was the perfect label to reshape them for the 1970's: “We had the best promo team. If you would go to a major station every week, then your record would go up the chart. And I miss all that. I miss going into (the charts at) Number 80 and then seeing it go to Number 70 with a bullet. Nowadays, an artist will just drop a song.”

He went on to explain, “Once the record industry changed the way it worked, you can’t go to the record store. That was a real joy to me — I used browse for hours. Now everything’s on the Internet and is downloaded and streaming. It’s not the business we came into. But, y'know, at this age, I’m happy that any of it ever took place.”

Barry Gibb explained that the Bee Gees served as both their greatest critics and mutual sources of inspiration: “They drove me as much as I drove them, and they drove each other. And there were many situations in our lives where we didn't agree and there were any situations in our lives where we completely were on the same page. We just had, the first time in our lives, we just had the Number Ones album go in at Number One in the catalog charts in America. That gives us 45 years of hit records, and I don't think we could've done that if it had just been one of us. No way.”