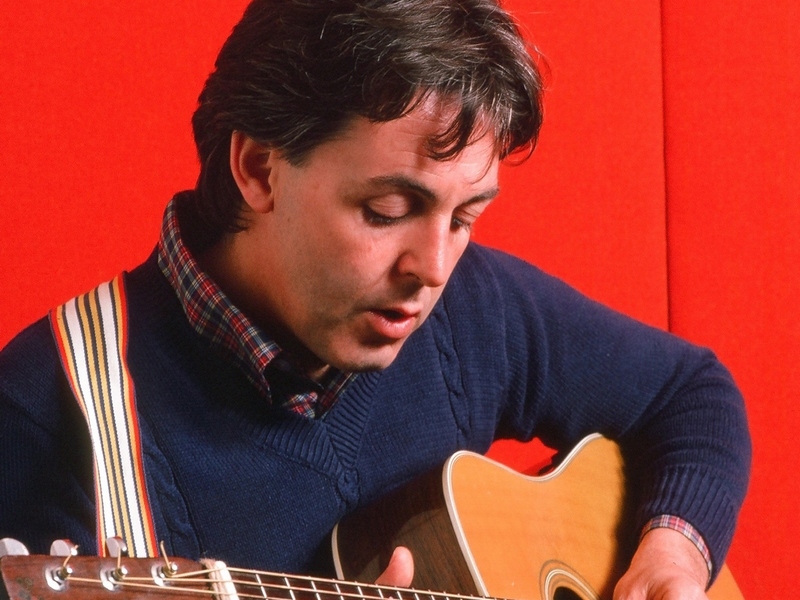 Paul McCartney covered a wide variety of subjects during his new interview with London's Sunday Times. “Macca” spoke frankly on the “Fab Four's” mental health over the years — both when they were in and out of the constant glare of the press and screaming fans. He explained, “There were a lot of things we had to work through (and) you didn’t talk about mental health. It was something really that, as four guys, you were more likely to make fun of than be serious about. And the making fun of it was to hide from it. Y'know, John (Lennon wrote) 'Help! I need somebody' — and I thought, ‘Well, it’s just a song,’ but it turned out to be a cry for help.”

He went on to say, “Same kind of thing happened with me, mainly after the break-up of the band. All of us went through periods when we weren’t as happy as we ought to be. Ringo (Starr) had a major drinking problem. Now he’s Mr. Sober of the Year!”

Regarding the prospects of the Beatles ever reuniting, McCartney revealed, “We made a decision when the Beatles folded that we weren’t going to pick it up again. So we switched off from the Beatles. You talk about something coming full circle that is very satisfying; let’s not spoil it by doing something that might not be as good. It was a conscious decision to leave well enough alone, so I don’t really think we would have. But who knows? We could have.”

McCartney talked with excitement about Peter Jackson's upcoming film featuring outtakes from the Beatles' Let It Be movie: “It proves that my main memory of the Beatles was the joy and the skill. The proof is the footage. I bought into the dark side of the Beatles breaking up and thought, 'Oh God, I’m to blame.' I knew I wasn’t, but it’s easy when the climate is that way to start thinking so. . . But at the back of my mind there was always this idea that it wasn’t like that, but I needed to see proof.”

Paul McCartney was asked if carrying the legacy of the Beatles as a performing artist today is too heavy a load: “No, it's, it's a great thing, 'cause I was in 'em, and there were only four people in 'em. You're growing up, you're a kid, you're going to school and all this stuff and you're aiming to get, y'know, a great job and do well and everything. You finally get there, it's kind of, y'know, it's amazing, 'cause you're still that kid aiming to get there, but now you're there. And, y'know in some ways I'm still the same kid I was when I was five looking at it, so that is — I'm amazed! It's like, 'What? You got in the Beatles??? Alright man! Yeah!'”

Paul McCartney will release his latest album, the self-written and performed McCartney III on December 18th.