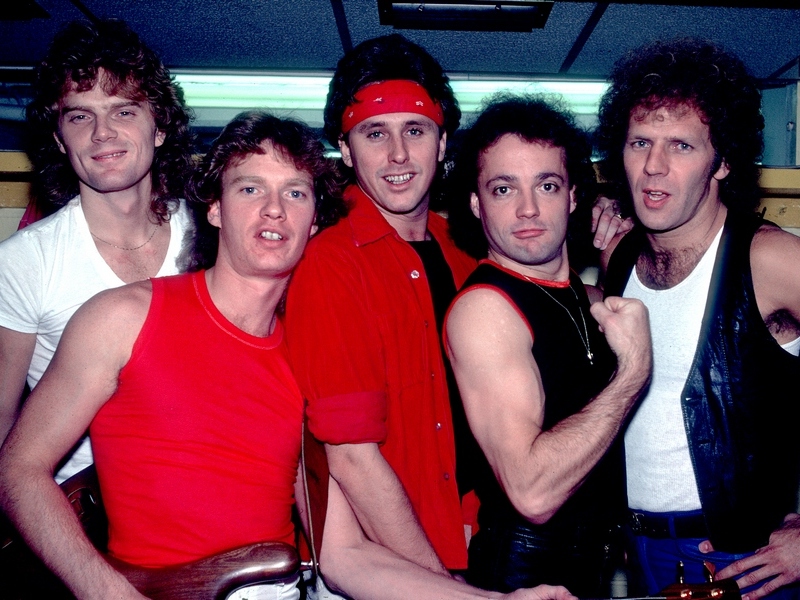 Out now on limited edition red vinyl is the 40th anniversary edition of Loverboy's self-titled debut. Originally released in October 1980, Loverboy peaked at Number 13 on the Billboard 200 and featured such early band classics as “The Kid Is Hot Tonight,” “Little Girl,” and “Turn Me Loose” — Loverboy's first hit, which hit Number Six on the Billboard Top Rock Tracks chart.

Frontman Mike Reno looked back at the band's breakthrough debut set, recalling, “Boy did we get lucky in late 1979 to work with the best in the business, (producer) Bruce Fairbairn and (engineer) Bob Rock. . . oh and don’t forget (assistant engineer) Mike Frazer. This record still sounds great.”

Guitarist Paul Dean went on to say, “Considering we recorded (it) 40 years ago, I think it holds up really well. Especially on this new deluxe vinyl edition, I would say it’s the best it’s ever sounded.”

Mike Reno told us that when he and guitarist Paul Dean formed Loverboy in 1979, they made a concerted effort to make each member as important as the next: “When Paul and I put this band together, we hand picked those guys, we split everything five ways. Everybody felt a piece of the band, because they were. Everybody got paid the same, we split it all up, there was nobody making any more than anybody else, and that means everybody has to dig in. There's no, like, 'I'm not makin' any money, this guy's makin' all the money. . . ' Y'know, that happens, that's what breaks bands up. And we knew that going in. And Paul and I said — I said to him, 'Y'know, if we just split it, split the pie right in five; and the touring and the working — and the sales of records.' And it worked, it was an honor system. Y'know, I'm not going to be the weakest link.”