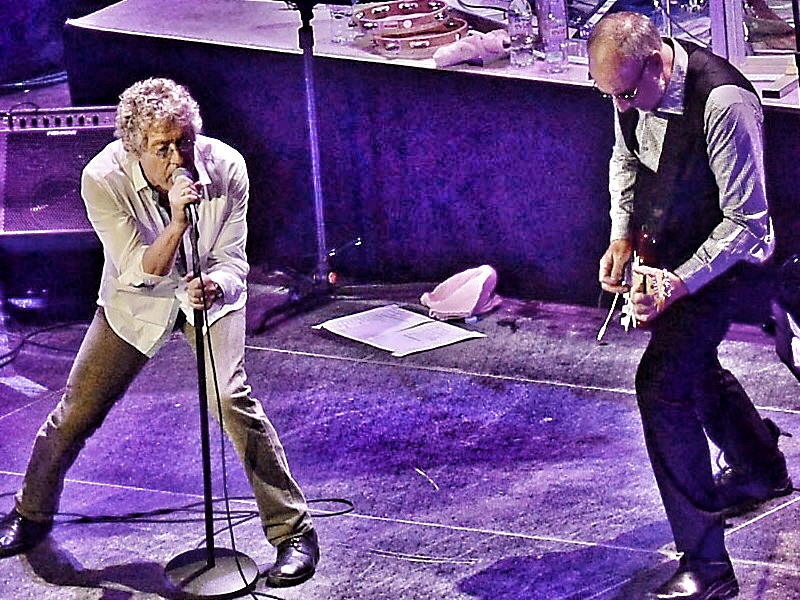 The Who Releases Expanded Version Of 2019’s ‘WHO’ Album

The Who has released an updated version of 2019's WHO album today (October 30th.) The set, which features the “Beads On One String” remix, includes a seven-track bonus disc culled from the band's February 14th, 2020 gig at the 2,000-capacity Pryzm in Kingston-Upon-Thames, England, marking the smallest venue the band had played in over 40 years.

The show marked the 50th anniversary of the Who's legendary recording of its first live album — Live At Leeds. Joining Roger Daltrey and Pete Townshend onstage were Townshend's younger brother and Who touring guitarist Simon Townshend, bassist Phil Spaulding, along with longtime Who live veterans — percussionist Jody Linscott and vocalist Billy Nicholls.

The tracklisting to the new live, acoustic bonus disc is: Intro, “Substitute,” “Squeeze Box,” “Tattoo,” “The Kids Are Alright,” “Break The News,” “She Rocked My World,” and “Won't Get Fooled Again.”

Roger Daltrey broke down how he goes about finding his voice within Pete Townshend's new material: “It's a strange journey for me because I have to inhabit the songs. I never want to know what he's written them about, because that would be ridiculous for me. I just have to listen to them, (and) see what I can find inside the music inside me. And our chemistry is such that we very rarely work together; we work separately and piece it together, like a jigsaw puzzle. Basically, I'm singing to a demo track, and he gives me the freedom to then lay my voice on it, where I hear it making the song work. And he trusts my judgment on that, and I thank him for that freedom.”

While chatting with Rolling Stone, Pete Townshend was asked what, if any, difference he sees between the new album's music and themes and those of the Who's last album, 2006's Endless Wire: “I don't think they're necessarily that much different. Y'know, I think there are a few dark ballads, there's some experimental electronica, there's, y'know, some heavy rock stuff. It's all new material. And I wanted it to be new material, and I wanted it to cover where I stand at the moment.”