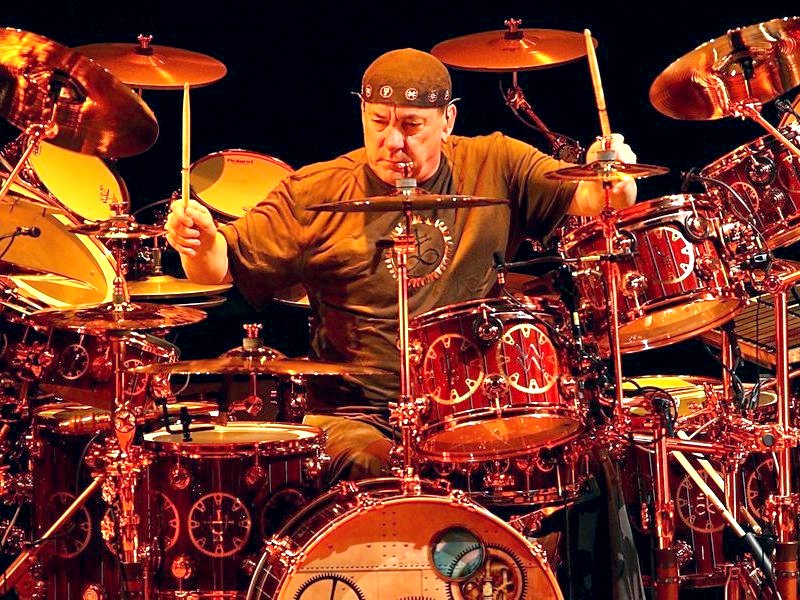 Rush fans have something to look forward to next year, with the publication of Neil Peart: The Illustrated Quotes. The tome, which come on January 12th, 2021, "is the first and only Neil Peart quotes collection authorized by Neil himself. . .  and  also serves as a love letter to Peart and his beautifully-crafted words that have inspired and influenced millions around the world."

The press release for publisher Simon & Schuster's Peart collection reads in part: "As the drummer and primary lyricist for the multi-platinum selling rock band, Rush, Neil charmed the world with his introspective and eclectic writing. Heavily inspired by science fiction, fantasy, philosophy, and his many cross-country trips on his motorcycle, Neil crafted universal lyrics that encapsulated the social and humanitarian issues of the time."

Peart died on January 7th, 2020 at the age of 67, after battling brain cancer for the previous three years.

A while back, Neil Peart, who in addition to drumming duties, wrote all of Rush's lyrics, told us that traveling the country on his bike and interacting with people off the beaten path has affected his work as both an author and a lyricist: ["I'm writing through watching, y'know, farm workers working in the fields, and watching people working in gas stations and in, in small-town restaurants, and all that. And those people become part of the world, and part of the human nature that I'm writing about. And I think that has to help, and definitely does help into giving me a much more real perspective on life as it is lived, you know, on an everyday basis for more people."] SOUNDCUE (:21 OC: . . . for more people)