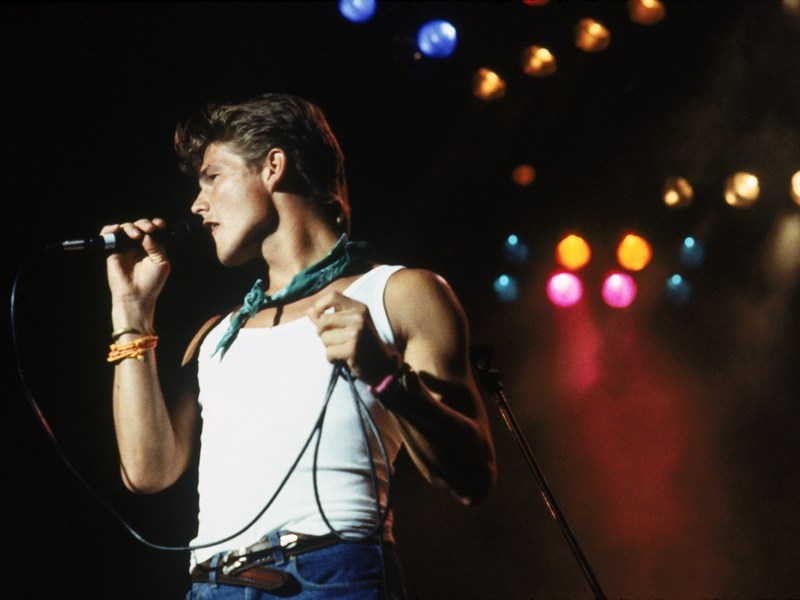 It was 35 years ago today (October 19th, 1985), that Norwegian's top pop band, a-Ha, hit Number One with "Take On Me." The track, which knocked Ready For The World's "Oh Shelia" out of the top spot, was replaced a week later by Whitney Houston's debut chart-topper, "Saving All My Love For You." "Take On Me" stood apart from the videos rotating on MTV due to its groundbreaking mix of live action and rotoscoping illustration. Hunting High And Low, the parent album of "Take On Me," was recorded in Twickenham, England at Pete Townshend's Eel Pie Studio.

The original clip, which was directed by Steve Baron, snagged six of the eight awards it was nominated for at the 1986 MTV Video Music Awards. Last January, in celebration of upcoming anniversary, the "Take On Me" video was remastered in 4K resolution. The song has sold a whopping seven million copies globally. On February 17th, 2020, the "Take On Me" video reached one billion views on YouTube. In 2017, the band performed on MTV's Unplugged where they premiered a revamped, bare-bones ballad version of "Take On Me."

During a chat with the CBC, a-Ha guitarist and "Take On Me" co-writer Paul Waaktaar-Savoy, looked back on the whirlwind life-changing effect "Take On Me" had on the group: ["It seemed to be a lot of focus on that song, and it's our first, sort of, calling card on people. Coming from Norway, we grabbed every chance we got with two hands and it wasn't any, sort of, second-guessing; but, obviously, the learning curve was steep, y'know? So, we were, sort of, thrown into a situation where we couldn't, sort of, guide the thing any more. And you always wonder what it would've been like if you had a slower build-up, and you can, kind of, mould the thing into your thing. Y'know — we could've been a totally different band, y'know?"] SOUNDCUE (:25 OC: . . . different band y'know)

In the U.S., a-ha only scored one other Top 40 hit, with the followup to "Take On Me," "The Sun Always Shines On T.V.," stalling at Number 20, despite heavy MTV airplay.

The band's 1985 album, Hunting High And Low peaked at Number 15 on the Billboard 200 albums chart.

In 1986 a-ha was up against Julian Lennon, Freddie Jackson, and Katrina & The Waves for the Grammy award for Best New Artist, with the prize ultimately going to Sade.

Although the single didn't dent the U.S. charts, the track hit the Top 10 in 14 countries — with "The Living Daylights" going all the way to Number One in both the band's native Norway as well as Luxembourg.

In October 2019, a-Ha keyboardist and 'Take On Me' co-writer Magne Furuholmen took umbrage with President Trump aping the band's groundbreaking 1985 video for a campaign ad.

In the spot, Trump is depicted in rotoscope, "a technique of tracing live-action footage frame-by-frame with pencil drawings to form animation."