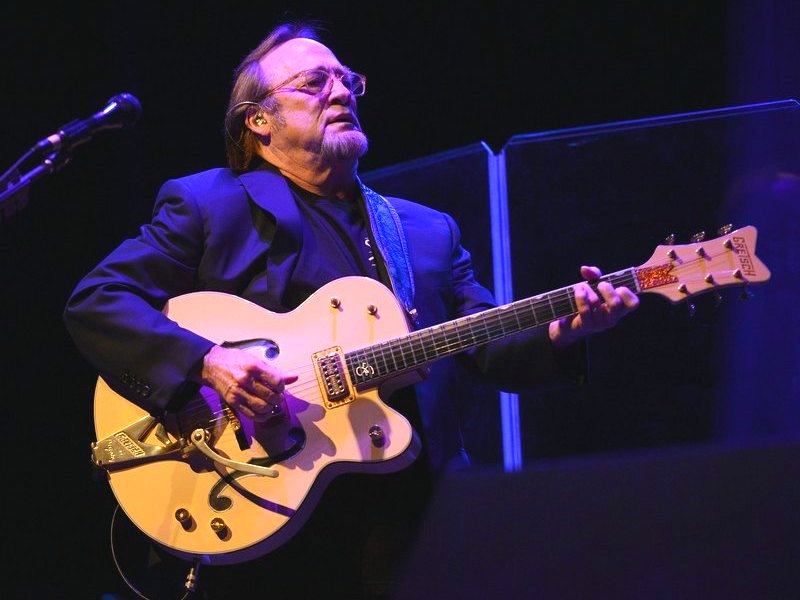 Stephen Stills has teamed up with award-winning actor-singer Billy Porter to motivate voters by releasing their recent collaboration, “For What It’s Worth (Something Happening Here Remix)” — a remake of Stills' 1966 Buffalo Springfield classic.

The pair first performed the collaboration as part of the 2020 Democratic National Convention. Proceeds from the track will benefit Michelle Obama's When We All Vote, a non-profit, nonpartisan organization dedicated to increasing participation in all elections and closing the race and age voting gap by shifting the culture around voting.

“For What It’s Worth” was written at a time when social media was called the transistor radio, which played an important role in many historical cultural evolutions and revolutions. Music has always been a powerful form of communication, and through this irrepressible international language we can continue to deliver the message to inspire positive change.

(Music) has historically brought people together for a common purpose and means for positive national evolution and is proof positive of its continuing effectiveness as we see new artists reinforce the message. My greatest hope is to instill change in one another in a way that can and will make a difference now.

Several years after writing “For What It's Worth” Stephen Stills put the song into proper social context: “'For What It's Worth' is a result of the fact that Stephen Stills was brought up, partially, in Latin America, and saw governments fall, and rise, and fall again. And dodged machine-gun bullets, myself. And in Hollywood, California, the commercial merchants on Sunset Boulevard decided that the element of young people that was on the street every night was not conducive to commercial enterprise.”