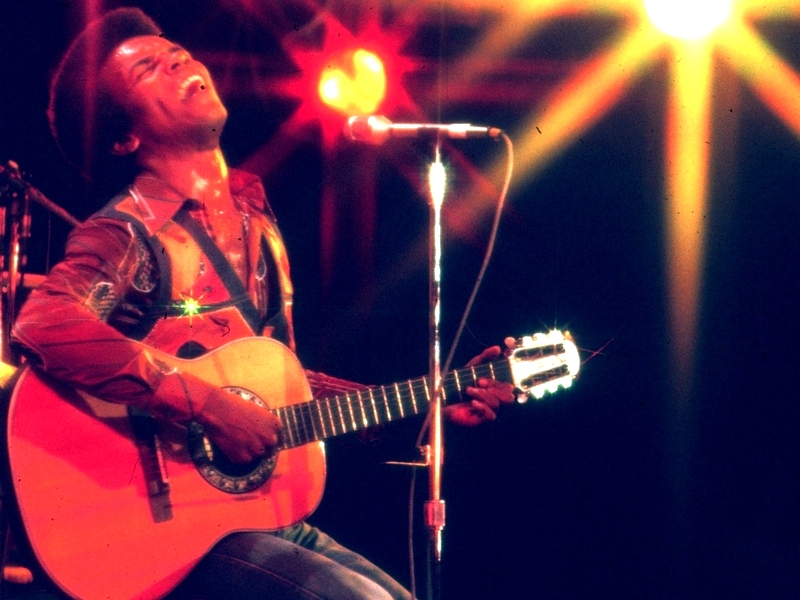 ‘I Can See Clearly Now’ Singer Johnny Nash Dead At 80

Singer-songwriter Johnny Nash has died at age 80 at his Houston home of natural causes, according to CNN. Nash will forever be remembered for his 1972 four-week chart-topper, “I Can See Clearly Now.”

Nash, who was born in Houston in 1940, broke the color barrier while still a teenager on Texas TV when he became the first African American featured on a local variety show called Matinee. In 1956 Nash appeared on the Arthur Godfrey Talent Scouts show, and he went on to release several Top 40 singles in the late-'50s and early-'60s. Nash had first traveled to Jamaica in 1958 while co-starring with Burt Lancaster in the movie Take A Giant Step, which featured Nash in a dramatic role portraying a black man coming of age in America.

Nash was fascinated by the island's scenery and music. He returned in the late '60s to use Jamaican musicians for a pair of singles, which included a cover of Sam Cooke's “Cupid,” which bombed in the U.S., but hit the Top 10 in the Britain. Nash relocated to London in 1971 and hired future reggae legend Bob Marley as a songwriter. Among the tunes that Marley wrote for Nash was “Stir It Up,” which was a hit for both Marley and Nash. Marley used the money he received from writing songs for Nash to start his Tuff Gong record label.

In 1972 Nash returned to Jamaica and recruited most of Bob Marley's backing band, the Wailers, to help him record an original composition called “I Can See Clearly Now.” The track entered the Hot 100 on September 9th, 1972, and hit the top spot on November 4th, 1972, staying there for a solid month. Noted rock critic Robert Christgau described the song as “the kind of record that gets you through a traffic jam.”

“I Can See Clearly Now” has since been featured in several major motion pictures, including 1991's Thelma & Louise and 1997's Grosse Point Blank.

A cover version by reggae legend Jimmy Cliff — who also played on the original recording — was featured as the theme to 1993's Cool Runnings, a movie about the Jamaican bobsled team. Cliff's cover version hit the Top 20 in 1994.