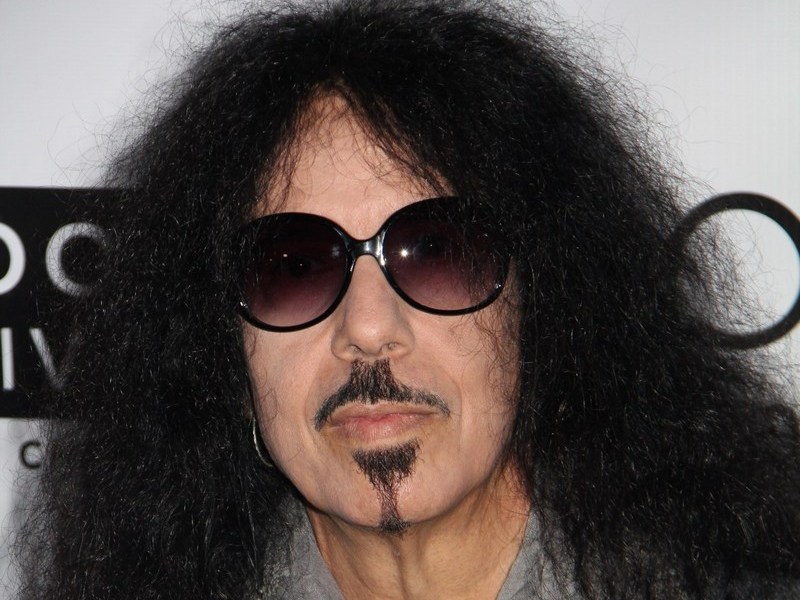 Frankie Banali was a beloved presence in the metal scene, and a favorite of hard rock musicians across the board. Over the years he had rehearsed with Ozzy Osbourne's band, recorded with W.A.S.P., and Glenn Hughes, respectively.

Rudy Sarzo: “My hero, mentor, Quiet Riot brother Frankie Banali is now resting in peace and pain free. I will post a follow up in days to come as try to process this unmeasurable (sic) loss.”

Paul Stanley: “Very sad to hear of the passing of Frankie Banali. He was so open in his reports of his illness and seemed to live through his treatments and setbacks bravely and with grace. RIP.”

Dee Snyder: “Wow. What a day. So sad to hear about the loss of Frankie Banali. He fought hard until the end. His playing and rock 'n' roll spirit will live forever. A fellow New Yorker, Frankie was the real deal. RIP my friend. 'Take me away from all this death.'”

Glenn Hughes: “Trust me, we got way more than a Drummer. He was always first to arrive at the rehearsal studio in Burbank, and first to arrive at United Western Studios, Hollywood, where we were making the record. Our relationship thrived throughout the years. There was no one more honorable, loyal, courageous, & committed to both music and friendships, than Frankie.”

Sebastian Bach: “My sincere condolences to the family of Mr. Frankie Banali and Friends and fans alike. A true rocker who dedicated his life to rock n' roll RIP Rock In Power Frankie Banali.”

Rikki Rocket: “I met Frankie Banali when POISON and QUIET RIOT did a small tour together in 1986. Frankie was by far the coolest rockstar I had ever met at that point. We stayed friends since then. . . Frankie was the epitome of being a straight shooter, but a super nice person all at the same time. Frankie battled like a banshee, but the beast was relentless. I never got that pasta recipe, Frankie. Damn you! Love always my brother…”

Doug Aldrich: “I met Frankie in 1982. I went to the Troubadour to watch a band play and I'll never forget the first time I saw Frankie… Wearing a long black leather coat with his hair to the roof and carrying a green sparkle Ludwig kit to the stage. He blew me away and we later worked together on some records and became friends. He was a sweet soul…always put his family and friends first.”

Blackie Lawless: “”Frankie Banali and the fight that he has endured with cancer for well over a year now, that has taken its toll physically, emotionally and spiritually is now finished. My friend is gone. . . Over the years, our lives crossed paths in many ways both personally and professionally, and I would go see the bands he was playing in, and he stuck out in all of them. His talent separated him from everyone else he was on stage with.”

Former-Dream Theater drummer Mike Portnoy: “So saddened to hear of the passing of my drumming brother, Frankie Banali. He fought an incredibly brave battle against cancer and his strength and dignity was truly inspiring.”