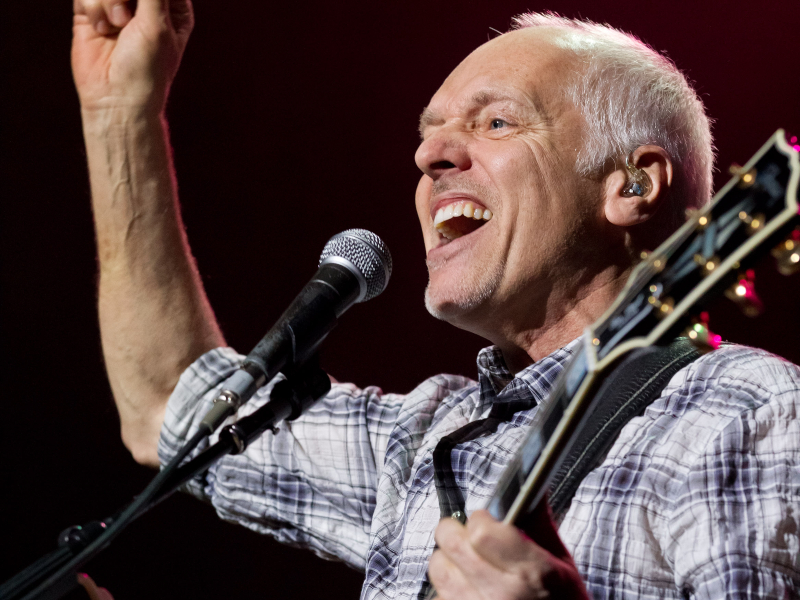 Peter Frampton will be the guest speaker set to open The Myositus Association's (TMA's) Virtual International Annual Patient Conference scheduled for September 11th, 12th, and 13th. Featured among the weekend's 34 expert speakers will be members of TMA's Medical Advisory Board, comprised of 21 of the world's foremost myositis experts.

Last fall, Frampton wrapped his North American farewell tour and returned to such hallowed venues and Madison Square Garden and the Forum in L.A. — arenas he hadn't played in 40 years. Frampton was forced to quit the road upon discovering he's suffering from a degenerative muscle disease called Inclusion-Body Myositus (IBM), that slowly weakens the body's muscles.

Frampton said in a statement:

It's the researchers and the clinicians who fill me with hope. I have to thank them all, for everything they do for us. We as patients become the recipients of their expertise and insight.

While talking to CBS, Peter Frampton shed light on some of the physical difficulties he faces these days: “Inclusion-Body Myositus, which is what I have. . . going up (laughs) stairs and downstairs is the hardest thing for me. I'm going to have to get a cane. Then, the other thing I noticed — I can't put things over my head.”

To learn more about myositis go to www.myositis.org.

Peter Frampton will publish his long awaited memoir, titled, Do You Feel Like I Do? on October 20th.