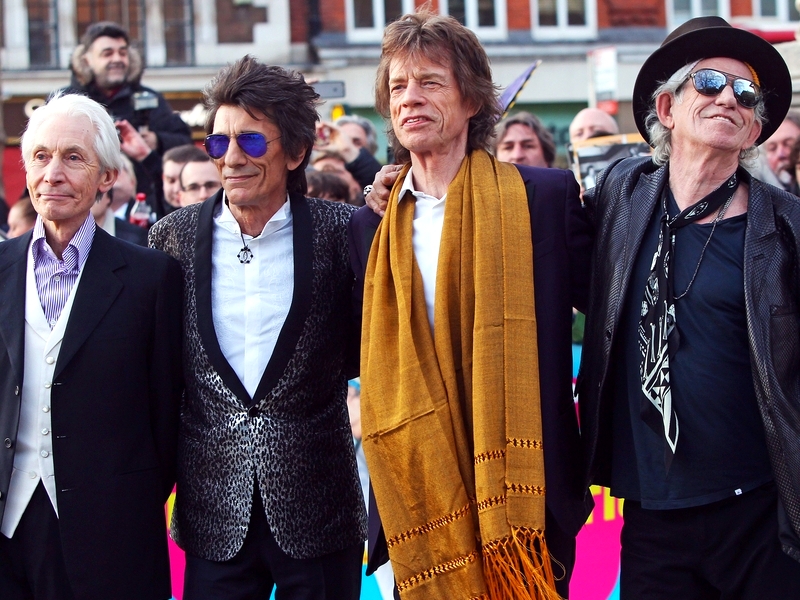 Rolling Stones guitarist Ron Wood is celebrating a decade of sobriety this year. The guitarist, whose penchant for booze and freebase cocaine was legendary back in the day, recently chatted to Britain's Daily Mirror, and revealed how he believes he was able to stay alive during his darkest years: “Luckily I had a valve that cut off, if it was going to be too much in my body, that said ‘no, don’t go over, don’t cross this line, otherwise you will not make it.' It was always ever present that it could be a stopping point or too much. If I do not control this then I would shoot off the edge of the precipice.”

Ron Wood — who's checked himself into rehab seven times over the years — told us that sobriety seems to always recharge his creative outlets and enrich his life: “A much happier place because after playing the last few tours focused, I feel much better within myself and satisfied. I couldn't have done a better job, and every show did get better, and my playing for some miraculous reason is getting better and better all the time — and so is my painting. And I'm still on this ambition thing. Y'know, I'm still very ambitious, and I think that's a big drive to life.”

Out now is The War On Drugs' remix of the Rolling Stones‘ recently unearthed 1974 collaboration with Jimmy Page, titled “Scarlet.” War On Drugs' Adam Granduciel said in a statement about the new remix: “I just re-imagined the song as if I had Mick (Jagger), Keith (Richards), and Jimmy (Page) in the room with me. After messing with my Linn Drum for a bit, the song fell into this double-time thing and I just went with it. . . I’m so honored to have gotten to work on this especially since 'Angie' was probably the first 'rock' song that I asked to be played on repeat when I was really young. Hope you enjoy it!”

We caught up with Mick Jagger during the Stones' last bunch of road dates, and he explained to us that keeping a firm toehold in the pop and entertainment world has always been an important element of his — and the band's — career: “I like to stay in the game, y’know? I think that’s part of it, y’know? The Rolling Stones, it’s like, you have to be still doing it, but to make it exciting for yourself and everyone else. Y’know, I never wanted it to be, like, overtly over trend following, or things like that. You’ve got to be true to yourself and stuff. I just think, by definition, if you’re in popular music, then you better be in it — not just going up your own ego, or own alley. I think you’ve got to tip your hat to what interests you and what’s going on.”

The original 1974 version of “Scarlet” will be featured on the Rolling Stones' upcoming Goats Head Soup box set coming on September 4th.