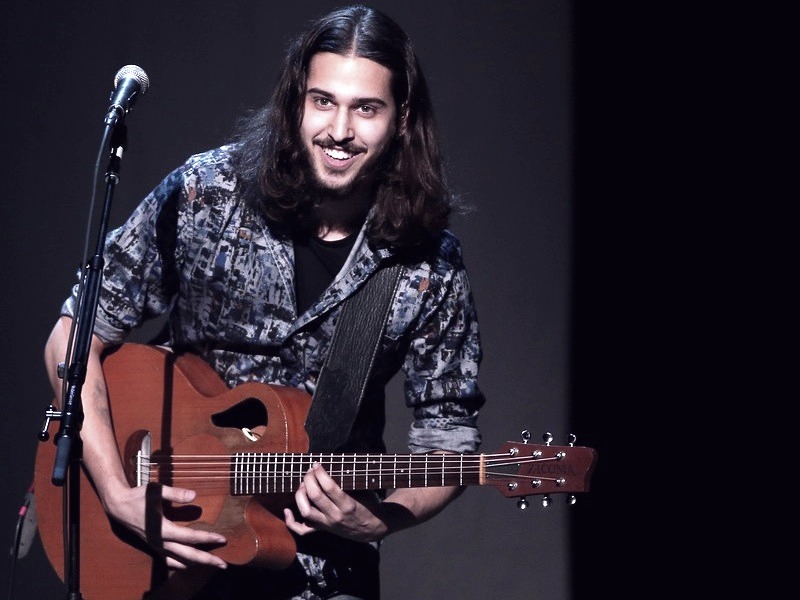 The Julian Frampton Band has dropped a new single, titled, “Quicksand.” Julian, the 31-year-old son of the legendary Peter Frampton, has been making his bones over the years, wowing crowds with an acoustic opening set with Frampton Band keyboardist Ben Sheridan during Peter's “Raw” acoustic tour, and showing off his extraordinary pipes with assorted guests during the elder Frampton's celebrated “Guitar Circus” trek.

The Julian Frampton Band, which is based out of L.A., consists of Julian on guitar and vocals, Sheridan on keyboards, bassist Ricky Bakken, drummer Guy Azoulay, and lead guitarist Mike Lis.

Julian told us just prior to the pandemic shutting things down, that he and the band were hitting their groove during rehearsals: “We try to get in there once a week, y'know, when we have a gig coming up. As long as we have stuff booked — we're rehearsing. But, as far as them doing other projects, y'know, I want them to be able to do anything and everything that they can get their hands on — so we usually try to get in there once a week. That's kind of our goal.”

For more info on the Julian Frampton Band, log on to: https://www.julianframptonband.com/bio/