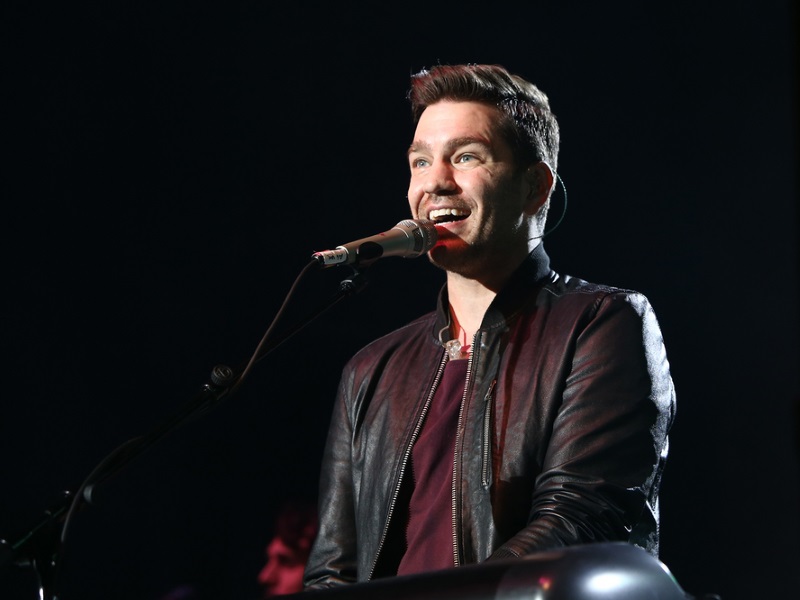 Andy Grammer has released his “Wish You Pain” music video.

While out on tour last year, Andy Grammer asked fans to share the experiences that hurt them the most – and the growth, the strength that followed. The result is his new video.

One person sent him a message, writing “I volunteer at a camp for kids who have experienced grief. Want to get involved?” Grammer personally responded through a voice note, excited to help out with Experience Camps. He was inspired after losing his own mother in 2009 from breast cancer. Not only has he helped the 1,000 camp attendees, he said speaking about his loss has helped him heal.

“For me,” Grammer said, “sharing my deepest pains makes it go away faster. It creates a vacuum for the other person to share theirs. And also, it’s just my reality. I miss my mom all the time. I’d be lying if I said I didn’t want to talk about her.”

“Thirteen years ago I took my last drink,” one concertgoer admitted in the nearly four-minute clip. “I was terrified I would end up like my dad: homeless and a drunk. After attending meetings together, we are both sober. He is a grandfather to my amazing son and I get this beautiful life with another chance not to destroy it.”

After one woman opened up about her struggle to conceive, a couple shared how they put their son down for a nap he never woke up from. The silver lining, as they explained, “we now volunteer at the hospital to guide parents through the same.”

The stories of tragedy to triumph include people from all walks of life and all ages. “I’ve been in a constant battle against Cystic Fibrosis along with my best friends,” a young teen told Grammer. “Watching them pass away, I’ve learned to live life to the fullest, not taking a single moment for granted.”