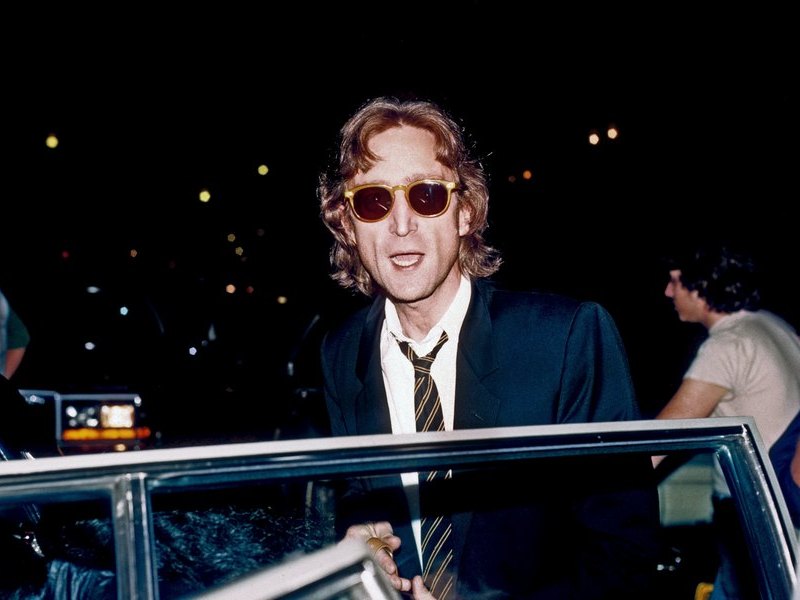 It was 40 years ago today, August 7th, 1980, that John Lennon officially ended his five-year-retirement and headed back into the recording studio. In 1975, Lennon had put his career on hold to stay home and help raise his son Sean, and on the cusp of his 40th birthday, returned with Yoko Ono to record his comeback album, Double Fantasy, which would be his last before his murder on December 8th, 1980.

Following several days of pre-production with the musicians at the couple's Upper West Side apartment the Dakota, and at S.I.R. Studios, John and Yoko officially began recording Double Fantasy on August 7th 1980 at the Hit Factory on West 54th Street between Ninth and 10th Avenues.

During those sessions, they actually recorded enough material for two albums, one to be released in the autumn, and another called Milk And Honey — which according to legend was to be released in the spring of 1981. To ensure their artistic freedom, the Lennon's decided to finance the album themselves and afterwards sign with the record company with the highest offer. They eventually signed with David Geffen's new label, the Warner Brothers-distributed Geffen Records, for millions less than the major labels were offering — solely because his was the only label that didn't demand to hear the completed tapes first and Geffen reached out to Yoko personally.

In the summer and fall of 1980, John Lennon took part in an exhaustive interview with Playboy. Select excerpts were released three years later as part of the Unfinished Music: A Heart Play spoken word album. Lennon shed light on what led up to him walking away from industry and staying home to raise his son Sean: “The so-called pain of the artist was always paid for by the freedom of the artist. And the idea of being a rock n' roll musician suited my talent and mentality, and the freedom was great. But then I found that I wasn't free. I'd got boxed in — it wasn't just because of a contract — but the contract was the physical manifestation of being in prison — and that I might as well have gone to a nine-to-five job as carry on the way I was carrying on. There's two ways to go; you either go — what I term 'going to Vegas' and singin' your great hits — if you're lucky, or going to hell. Y'know, dying.”

Fred Seaman, John Lennon's personal assistant for the last year of his life, recalled that Lennon thought long and hard on the material which became his final set of songs: “The official recording started in August of 1980, but the idea started in the spring of 1980 when John and I were in Cold Spring Harbor. And then in June of 1980, when we were in Bermuda. That's when John really started recording the demos and Yoko was recording her own demos. And they were on the phone and he was telling her what he was recording and she was telling him what she was recording.”

The 1980 Double Fantasy sessions marked Lennon's first away from his main base of operations in New York City — midtown's Record Plant East. We asked producer Jack Douglas — who first met and worked with the Lennon's at the Record Plant in 1971 — why they chose to record the album at rival studio, the Hit Factory: “He couldn't go to Record Plant anymore because he had to go through a front door. You know that that record was a secret and no one was supposed to know. He didn't want to be photographed walking in and out of Record Plant, so he just asked me to pick any other studio that was at least in midtown, but he could get in.”

Fred Seaman recalled above all else, the speed in which Lennon and the musicians laid down the Double Fantasy tracks during the summer of 1980: “Y'know, they started out with a bang. They recorded the basic tracks, I think, in two or three weeks. John wasn't somebody who wanted like 10 takes of a song. No, he wanted to record live, he wanted to get it down, and the musicians were all so brilliant — they got it! And basically the first or second take, that was it! The basic stuff was recorded very quickly initially in August and it was good. It was great stuff.”

Among the classic tracks Lennon recorded during the summer of 1980 were: “(Just Like) Starting Over,” “Woman,” “Watching The Wheels,” “I'm Losing You,” “Cleanup Time,” “Beautiful Boy (Darling Boy),” “Nobody Told Me,” “I'm Stepping Out,” “(Living On) Borrowed Time,” among others.