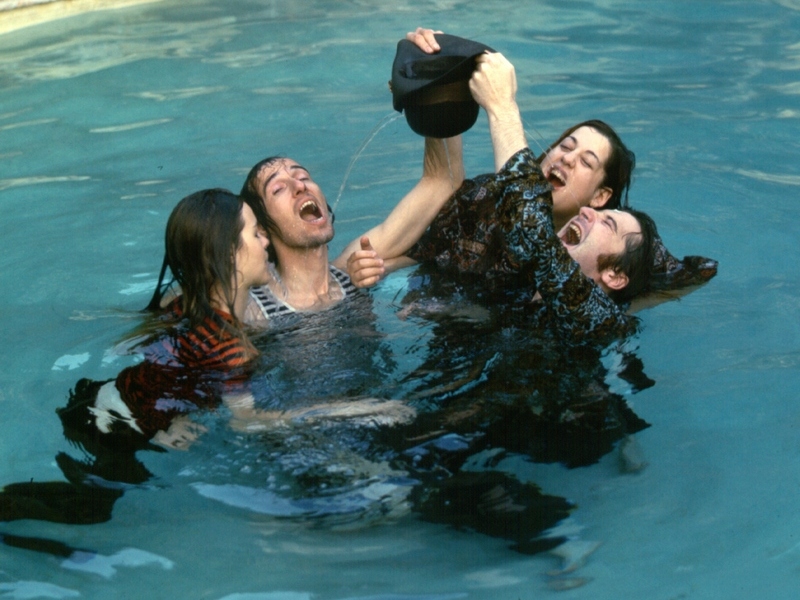 It was 46 years ago today (July 29th, 1974) that “Mama” Cass Elliot of the Mamas & The Papas was found dead in a London apartment. Elliot, who had just performed two sold out performances at the London Palladium, died of what coroners ruled an apparent heart attack. Elliot, whose real name was Ellen Naomi Cohen, had been performing as solo act since the group began to splinter in 1968. That same year, according to legend, Crosby, Stills, & Nash performed for the first time together in her Laurel Canyon living room — and dedicated their most recent live set CSN 2012 to her. She is portrayed briefly in Quentin Tarantino's just-released movie, One Upon A Time. . . In Hollywood.

In the years following her death — due to Elliot's obesity and a rumor that suggested a half-eaten ham sandwich was found on the nightstand next to her bed — stories and jokes that she choked to death have cast a shadow on her legacy; despite the fact that it was noted in the coroner's report that no food was found in the singer's trachea. Another unfounded rumor was that Elliot died of a heroin overdose — despite the fact that no narcotics were found in her blood stream.

Cass Elliot remains one of the most significant and brilliant voices of her generation, and was able to embody literally every type of music she sang. She will forever be remembered for the Mamas & The Papas' string of timeless hits, including “Go Where You Wanna Go,” “California Dreamin’,” “Monday, Monday,” “I Saw Her Again,” “Dedicated To The One I Love,” “Creeque Alley,” and her solo spotlight, “Dream A Little Dream Of Me,” among countless others. There was quite possibly no other singer of the 1960's more highly revered than “Mama” Cass.

On May 7th, 1974 Cass Elliot made her final major U.S. TV appearance on The Tonight Show with Johnny Carson and spoke about her heavy performance schedule: “I've been traveling, I just got home about three weeks ago. I've been on the road since November — with the exception of Christmas, I was home. And, I'm just so glad to be home; I've got to leave again in July. I thought I was going to be off all summer.”

During the Mamas & The Papas' 1998 induction into the Rock and Roll Hall of Fame, close friend and bandmate Michelle Phillips paid tribute to Cass: “(Applause) I'd just like to say one more thing — that I know that Cass is sitting on top of that big full moon tonight, looking down on these proceedings, wearing a size six Thierry Mugler dress (laughter), and thanking you all very, very much (applause).”

Michelle Phillips told us she blames David Crosby for perpetrating lies and innuendo with the allegations he made in the biography Dream A Little Dream of Me: The Life Of Cass Elliot, stating Elliot's death was caused by drug abuse: “Ask David Crosby. . . David Crosby seems to know about everybody's drug addictions and in fact, he says that she died of a heroin overdose. I'm so glad that David Crosby is also a coroner and a doctor and is so willing to make these outrageous assumptions and turn them into his truth. I am so angry at David Crosby.” :

Elliot is survived by her daughter Owen, who is now a mother herself, and her sister, singer Leah Kunkel, who raised Owen.

In 1978, the Who's drummer Keith Moon died in the same London apartment where Elliot died, which was owned by singer Harry Nilsson.