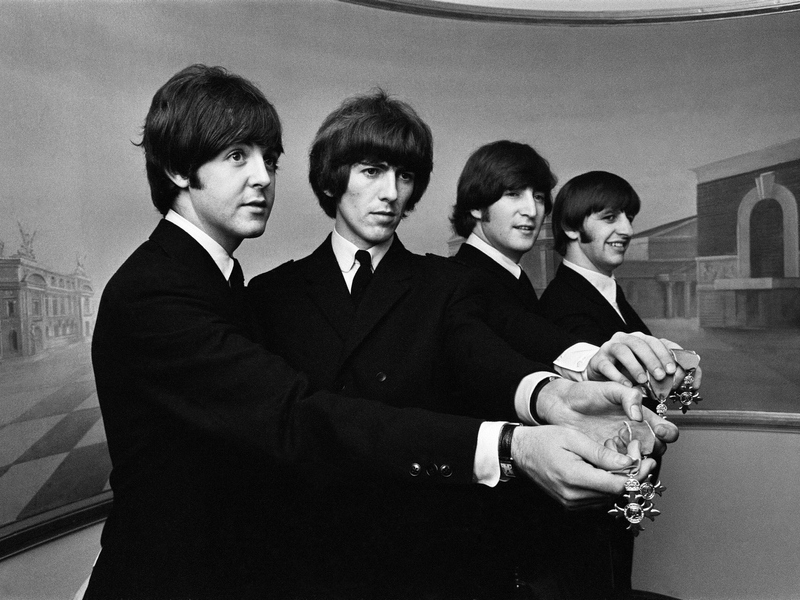 55 Years Ago Today: The Beatles’ ‘Help!’ Premieres In London

It was 55 years ago today (July 29th, 1965) that the Beatles' second film Help! had its world premiere at the London Pavilion in Piccadilly Circus. The movie, which poked fun at the burgeoning British spy film genre made famous by the James Bond films, featured the comedic plot of a group of far-eastern fundamentalists trying to retrieve a “sacrificial ring” that a member of their congregation had sent to Ringo Starr in a fan letter.

In the film, the Beatles are chased through London, the Austrian Alps, and the Bahamas by both the religious cult and a pair of bumbling scientists who are convinced that possessing the ring would enable them to rule the world. Help! not only heavily influenced the TV show The Monkees, which debuted the following year, but also helped pave the way for MTV with its clever use of separate song clips throughout the movie.

John Lennon told Rolling Stone in 1970 that it was Richard Lester, who had also directed the group's first movie A Hard Day's Night, who had complete control of the film. Lennon recalled, “The movie was out of our control. With A Hard Day's Night, we had a lot of input, and it was semi-realistic. I realize now that (Help!) was a precursor to Batman's 'Pow!' Wow!' But Dick Lester never explained that to us.” Lennon said in that same interview that he and the rest of the group, “Felt like extras in our own film.” He also admitted that the group's performance was less than spectacular, due in part to them “smoking marijuana for breakfast.”

During the making of The Beatles' Anthology in 1992 Paul McCartney joked that, quote, “I'm not sure anyone knew the script. I think we used to learn it on the way to the set.”

It was during the filming of Help! that George Harrison first was introduced to the Indian instrument the sitar, which featured extensively in the Beatles' music over the next three years.

Ultimately Help! — which was originally titled Eight Arms To Hold You — is remembered for the classic Beatles songs featured in the film, including “Help!,” “The Night Before,” “You're Going To Lose That Girl,” “Ticket To Ride,” “Another Girl,” and “I Need You.”

Paul McCartney was asked why he thinks that nearly 60 years after the first the Beatles' recording sessions, their music continues to inspire the generations: “I'm not sure why — it's really quite an amazing thing. When we started with the Beatles, we thought we might last two years. But then it was 10, and the music, it was 20, 30, 40 (years). And I think the only answer that I can come up with is that the music's well structured, it's well written. And so, when I play it now, I think, 'well this isn't bad, this is good — y'know, whoever wrote this was clever.'”

A little over two weeks after the premiere on August 15th, the Beatles kicked off their 1965 U.S. summer tour in New York City's Shea Stadium, performing their biggest show yet for 55,500 screaming fans.

In 2013, Help! was released on Blu-ray. The package contains a single-disc pairing the digitally restored film and 5.1 soundtrack with an hour of extra features — including a 30-minute documentary about the making of the film, modern recollections from the original cast and crew, an in-depth look at the restoration process, a recently unearthed outtake scene, along with the film's original theatrical trailers and radio spots.

The disc also features an introduction by the film's director, Richard Lester, with an “appreciation” by Martin Scorsese included in the Blu-ray's booklet.

“The Beatles in Help!” — a 30-minute documentary about the making of the film with Richard Lester, the cast and crew, including exclusive behind-the-scenes footage of the Beatles on-set.

“The Restoration of Help!” — an in-depth look at the restoration process.

“Memories of Help!” — the cast and crew reminisce.

Flashback: The Who Releases 'Quadrophenia'