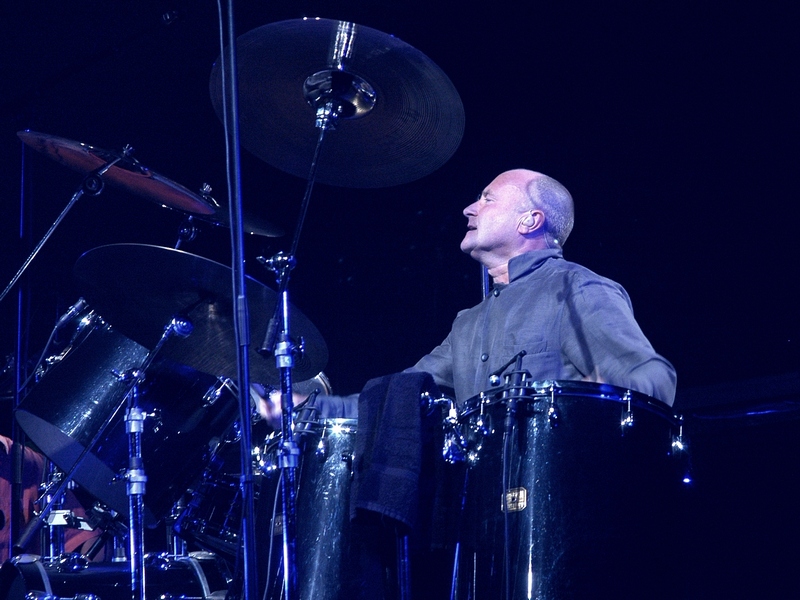 Genesis has rescheduled its planned 2020 tour dates, pushing the European trek to April 2021. “The Last Domino Tour” features the classic '80s trio lineup of the band — Phil Collins, Mike Rutherford, and Tony Banks playing their first set of dates in 13 years. Filling in for Collins on drums will be his son Nicholas, who was behind the kit for his dad's recent “Not Dead Yet” solo tour, alongside 42-year road veteran, guitarist/bassist Daryl Stuermer, who'll once again round out the lineup.

Notably absent is longtime second drummer Chester Thompson, who had been a part of every Collins-fronted Genesis tour since 1977. Genesis last reunited in 2007 for the 48-date trek, “Turn It On Again: The Tour.” There's been no word regarding any North American shows for 2021.

Although Genesis has been one of rock's most heavily chronicled band in terms of box sets, we asked Phil Collins if there's anything left in the Genesis vault that might see a future release: “We have lots of rehearsal cassettes which are far more better than the records, actually. Maybe they'll come out one day. We've recorded every concert we've ever done, so there's a slew of things, I'm sure.”

Mike Rutherford tells us that for the most part, Genesis has always been able to get along because they knew each other almost from before they were even musicians: “Because we grew up together, and it's hard to have egos when you saw these guys wearing short trousers. It was always about music and never about money. So many bands have fallouts about money. And I can't think of one row we had about money. In fact there was never a row about money. Music, yes, other stuff. But that's healthy. I think the financial side has never been a part of our ambition. It was kind of a bi-product.”