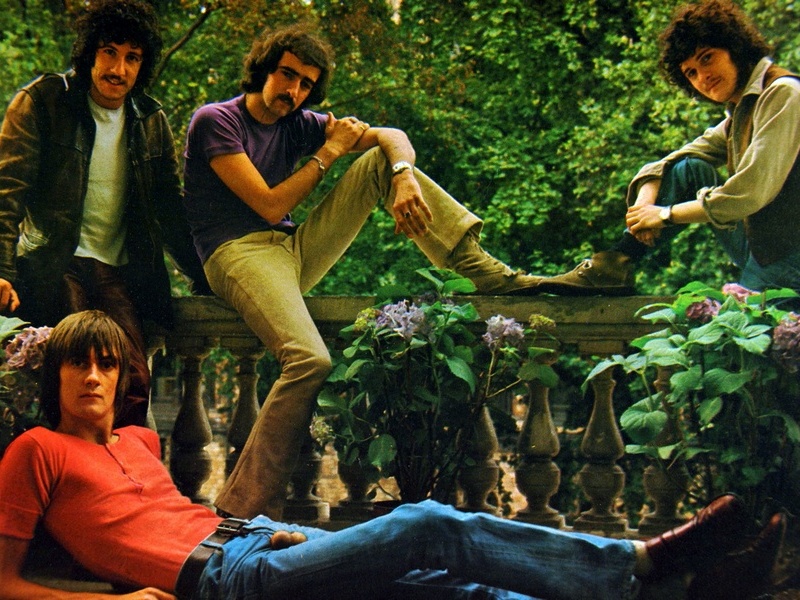 Peter Green, the iconic guitarist and co-founder of Fleetwood Mac, died on July 25th in Essex, England at the age of 73, according to BBC. Green, who was born Peter Greenbaum, was considered one of the most brilliant and original blues guitarists of his time, with his hero, B.B. King, once uttering the defining quote about his prowess, “He has the sweetest tone I ever heard; he was the only one who gave me the cold sweats.” Peter Green formed Fleetwood Mac in 1967 after a notable stint replacing Eric Clapton in John Mayall & The Bluesbreakers. Green is survived by his daughter Rosbud Greenbaum and a son, Liam Firlej.

Green's death marks the second loss from the band's original classic lineup, with guitarist Danny Kirwan passing back in 2018 at age 68 after years of homelessness and dereliction. Still surviving is the band's rhythm section and anchor, Mick Fleetwood and John McVie — and the band's last standing early guitarist Jeremy Spencer.

During his tenure in the Mac, Peter Green contributed such groundbreaking hits as “Albatross”, “Black Magic Woman” — soon after a hit for Santana, “Oh Well,” “The Green Manalishi (With The Two Prong Crown),” “Rattlesnake Shake” and “Man Of The World.” Green's time in Fleetwood Mac was curtailed by a March 1970 LSD trip at a commune while the band was on tour in Munich. He left the band, and renounced his wealth, but briefly returned in 1971 to help the band out of a bind when Jeremy Spencer left the group to join the Children Of God sect.

Green, who recorded sporadically throughout the 1970's, was eventually diagnosed as a drug-induced paranoid schizophrenic, made guest appearances on such friends' albums as Fleetwood Mac's Tusk, and Mick Fleetwood's Zoo project. Seemingly on an even keel mentally, Peter Green emerged in 1997 with his Peter Green Splinter Group, with the band releasing nine albums between 1997 and 2004. Green was also an active performer in Europe. Apart from Fleetwood and McVie, Green was the only member of the original Mac lineup to attend the band's 1998 Rock Hall induction — but chose to perform “Black Magic Woman” with fellow inductees, Santana.

Mick Fleetwood said in a statement:

For me, and every past and present member of Fleetwood Mac, losing Peter Green is monumental! Peter was the man who started the band Fleetwood Mac along with myself, John McVie, and Jeremy Spencer. No one has ever stepped into the ranks of Fleetwood Mac without a reverence for Peter Green and his talent, and to the fact that music should shine bright and always be delivered with uncompromising passion!!! Peter, I will miss you, but rest easy your music lives on. I thank you for asking me to be your drummer all those years ago. We did good, and trailblazed one hell of a musical road for so many to enjoy. God speed to you, my dearest friend.

I am sorry to hear about the passing of Peter Green. My biggest regret is that I never got to share the stage with him. I always hoped in my heart of hearts that that would happen. When I first listened to all the Fleetwood Mac records, I was very taken with his guitar playing. It was one of the reasons I was excited to join the band.

Upon hitting the studio again at the dawn of the 2000's Peter Green told us that recording Robert Johnson's music with collaboration Nigel Watson, felt like the mist celebratory way to come back to music full-time: “Robert Johnson was how we, how we got back together. Nigel was playing Robert Johnson and I wasn't playing guitar at the time. I'd decided that I would lay off, perhaps permanently, perhaps not. I didn't know. I think that the record company or someone suggested to Nigel to do some Robert Johnson stuff, maybe, and we did one lot and then, 'Might as well do another lot.'”

A while back Mick Fleetwood admitted that there was nothing he wanted more than for he and John McVie to reunite with Fleetwood Mac co-founding guitarists, Jeremy Spencer and Peter Green: “I am actually talking to Peter about doing, making some music, and in truth, we're finding out whether anyone's interested in, in — whether they want us to make some music, 'cause there's no point in making music if you can't get a record label to do it. I am actually trying quite hard to put those musicians in a studio.”

The concert benefited the Who's patron charity, the Teenage Cancer Trust, and paid homage to the still-living guitarist and saluted Fleetwood Mac's early blues-based material.

Peter Frampton: “Most sadly have lost one of the most tasteful guitar players ever I have always been a huge admirer of the great Peter Green may he rest in peace.”

Geezer Butler: “Sad to hear of Peter Green passing- one of the greats. RIP.”

Stevie Van Zandt: “RIP Peter Green. One of the great guitar players of all time. The second of the three legends John Mayall featured in the Bluesbreakers. He somehow managed to follow Eric Clapton at his peak. That’s how good he was. (Mick Taylor would follow him). Started Fleetwood Mac. Big loss.”

Billy Idol: “RIP #PeterGreen amazing ‘ 60’s guitarist B B King said out of all the British blues guitar players of the 60s and early 70s he was the only one who gave him chills! Praise indeed…

David Coverdale: “An Artist I Truly Loved & Admired. From The First Time I Heard Him. I Supported The Original Fleetwood Mac At Redcar Jazz Club When I Was In A Local Band…He Was A Breathtaking Singer, Guitarist & Composer. I know Who I Will Be Listening To Today. RIP”

Cat Stevens: “God bless the ineffable Peter Green, one of the unsung heroes of musical integrity, innovation and spirit. When I heard he left Fleetwood Mac in 1970 to get a real life and donate his wealth to charity, he became something of a model for me.”

Steve Hackett: “Shocked to hear about Peter Green’s death. He was an extraordinary guitarist and a great influence.”

Vernon Reid: “Peter Green is a perennial Guitar topic. The DEFINITION of a Guitarist’s GUITARIST. UnSung GIANT of the art of Blues Rock. Rest In Blues Power, Mr. Green”