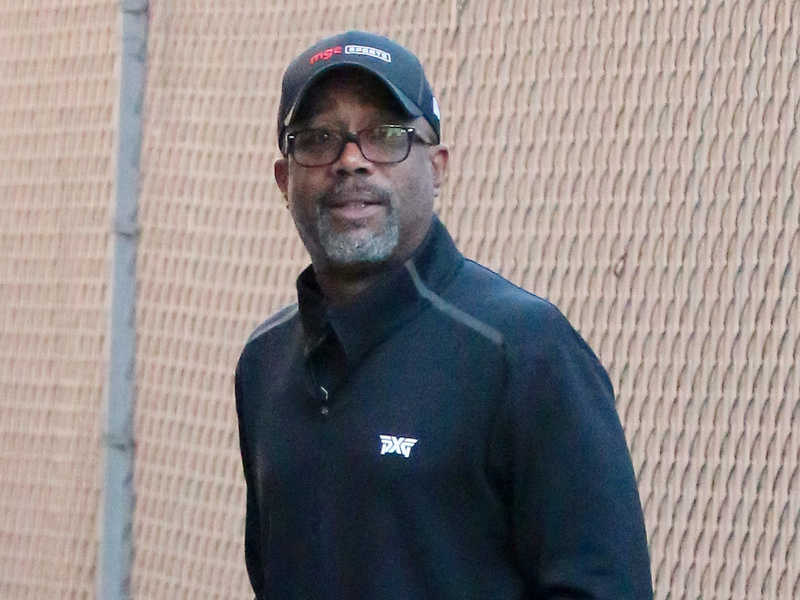 Hootie & The Blowfish Go From Country To Rock With ‘Imperfect Circle’

Hootie & the Blowfish have announced the re-release of their latest album, Imperfect Circle, under the Rock category. Originally released in the Country space in November 2019, the re-release of the album also adds their take on “Losing My Religion” by R.E.M., who the band has credited as a major inspiration since their earliest days at the University of South Carolina.

Hootie & The Blowfish covered “Losing My Religion” in every show on their 2019 tour. Darius Rucker, Jim “Soni” Sonefield and Mark Bryan tell us how important R.E.M. has been to them as a band. “I mean, R.E.M. molded us without even knowing us into the band we are. There was a moment before Soni joined the band (when) we were playing 12 R.E.M. songs in our set. (Soni) There was a moment when I joined the band . . . (laughter) (Mark Bryan) I agree with Darius. It's really important for us to take that moment and showcase them and showcase their influence on us in our show. It's just three-and-a-half minutes and says a lot.”

Imperfect Circle marked the first studio project for Hootie & The Blowfish in nearly 15 years. It followed up their sold-out 2019 Group Therapy Tour, their first full-time return to the road in over a decade.