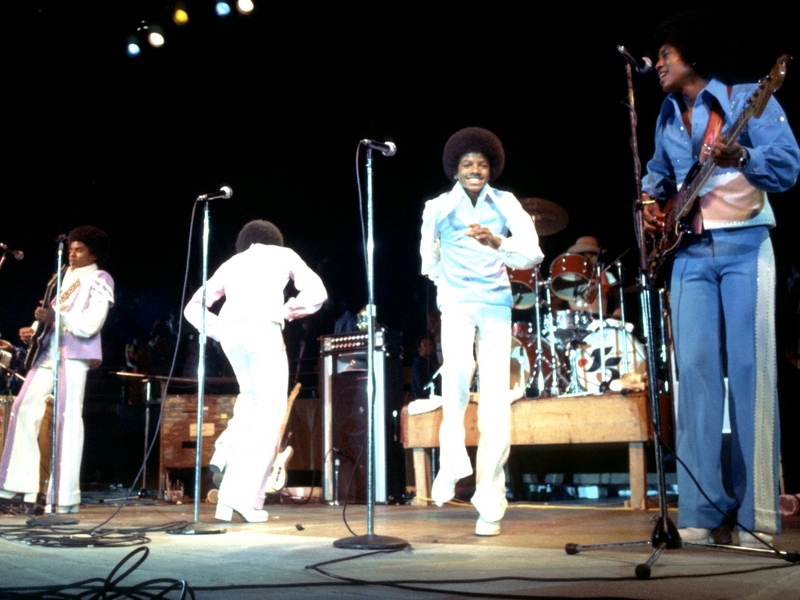 45 Years Ago: The Jackson Five Splits From Motown

It was 45 years ago this week in 1975 that the Jackson Five announced they were leaving Motown for Epic Records. The group, who had first signed with Motown in 1968, cited as reasons for leaving that they only received a 2.7 percent royalty rate for each record sold, and that they were not allowed to record and produce their own songs.

Motown countered back with a breach-of-contract suit, and eventually won the rights to the name “The Jackson Five.” The group changed their name officially to the Jacksons in 1976. When the group made their self-titled Epic debut that year, brother Jermaine Jackson, who had married Motown founder Berry Gordy's daughter Hazel in 1973, stayed on the Motown label as a solo artist. Randy, the youngest Jackson brother, who had been performing as part of the group's stage act since 1972, officially replaced Jermaine.

Jermaine Jackson, who was the one brother who stayed on the Motown label when his brothers moved on to Epic, has always credited Motown for originally being a black owned and operated company: “I think in the past a lot of the pioneers had been victims of that, because there were shady contracts. These record labels, they did these record contracts to their advantage. The artists sold the records but they really got robbed back then.”

The group's first Epic single, “Enjoy Yourself,” turned out to be their first Top Ten hit in nearly three years peaking at Number Six in early 1977.

Ironically, the group's first two albums for Epic, The Jacksons and 1977's Goin' Places, each featured only two Jackson-written songs. The albums were produced by Philly Soul legends Kenny Gamble and Leon Huff — the team responsible for the O'Jays' “Love Train” and “For The Love Of Money,” along with such classics as Billy Paul's “Me And Mrs. Jones,” Harold Melvin & the Blue Notes' “If You Don't Know Me By Now,” Lou Rawls' “You'll Never Find Another Love Like Mine,” and many other R&B hits.

It wasn't until 1978's Destiny album that the Jacksons finally achieved full creative control of their albums. Destiny's lead single, “Shake Your Body (Down To The Ground),” was written by Michael Jackson with help from brother Randy, and in early 1979 became the group's first self-written Top Ten single, when it hit Number Seven on the Billboard Hot 100.