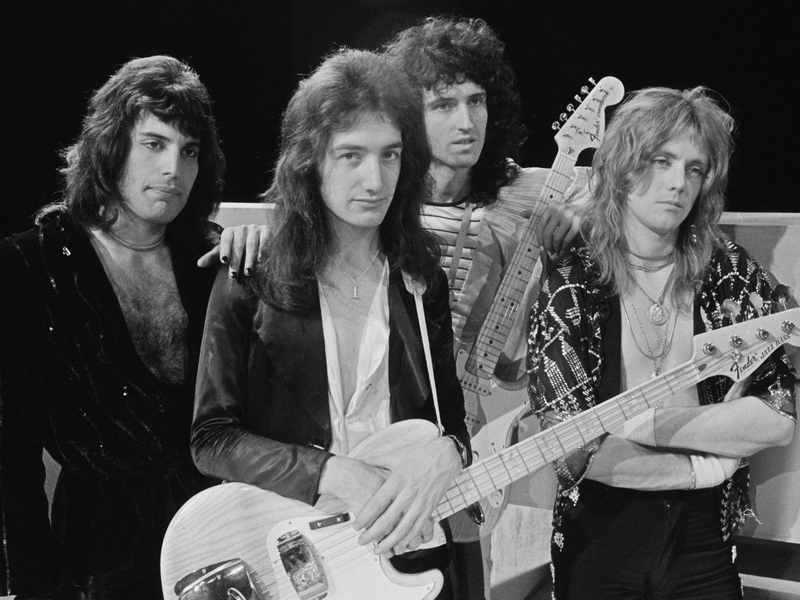 The readers of Classic Rock magazine have voted for the “100 Greatest Songs” — with Queen's 1975 opus, “Bohemian Rhapsody” coming in at Number One. There weren't many surprises in the AOR-heavy list, with Led Zeppelin coming in at Number Two with 1971's “Stairway To Heaven,” and the band placing no less than three tracks in the Top 15.

Coming in at Number Three was Pink Floyd's 1979 classic “Comfortably Numb,” Zeppelin back at Number Four with “Kashmir,” and the Top Five rounded out with Lynyrd Skynyrd's 1973 extended work-out, “Free Bird.”

The Who squeaked in with “Won't Get Fooled Again” sitting at the bottom of the Top 10, the Rolling Stones only got as high as Number 14 with “Gimme Shelter,” and the Beatles didn't placing a single song on the list until “A Day In The Life” came in at Number 20. Among the bands and artists that failed to place a single song in the Top 25 were the Doors, the Allman Brothers Band, Fleetwood Mac, Van Halen, Bob Dylan, the Grateful Dead, Bob Seger, U2, Crosby Stills, Nash, & Young, Yes, and Tom Petty & The Heartbreakers.

Shortly before his death in 1991, Freddie Mercury explained why he felt that Queen was able to stay successful throughout its long and storied career: “The funny thing is, this sort of happened when we met. The four of us — you won't believe it. I mean, people think, 'Oh, now they're fighting' — we fought on virtually the first day, 'cause we used to know each other from university and all that. And we used to fight about musical ideas, this and that, because we're all very strong characters, y'know? We all have egos and all that, so we always kept fighting. But I think the fighting seems to keep us together, because I think bands break up when there's one very strong person and the others get left out and they think, 'Oh God. . .' But the four of us, we're very strong individually, so we keep going at each other. And I think the reason we've stayed together for so long is that none of us want to leave. Because if you leave, it's like being a coward. As long as the music is still there, as long as the people are still buying the music, then it's OK.”

Jimmy Page recalled Led Zeppelin's 1970 sessions at Headley Grange that captured “Stairway To Heaven” — but one of the many highlights found on the band's untitled fourth album: “Well, it was recorded on location at Headley, now, Andy Johns was doing the engineering. I knew it was good — I didn't know it was going to be, y'know, almost like an anthem, but I knew it was the gem of the album, sure.”

Pink Floyd drummer Nick Mason told us that there is a definite musical thread to be found in all of Floyd's work from “Arnold Layne” through their final work: “I think what it shows is that there's a sort of style that was unwittingly established at the beginning and has sort of stayed with us. I think that's true of other bands as well. If you took something like U2, I think they have a very distinctive sound, even though the songs are different. I don't think it's a deliberate process — in fact, everyone's desperately trying to change, I think, and develop and move on, but you somehow just get set in with patterns that you feel comfortable with and that feel right. I think most bands have to operate on what feels right to them, rather than trying to second guess what people might like.”

The “Top 25 Greatest Rock Songs” as voted by the readers of Classic Rock magazine: