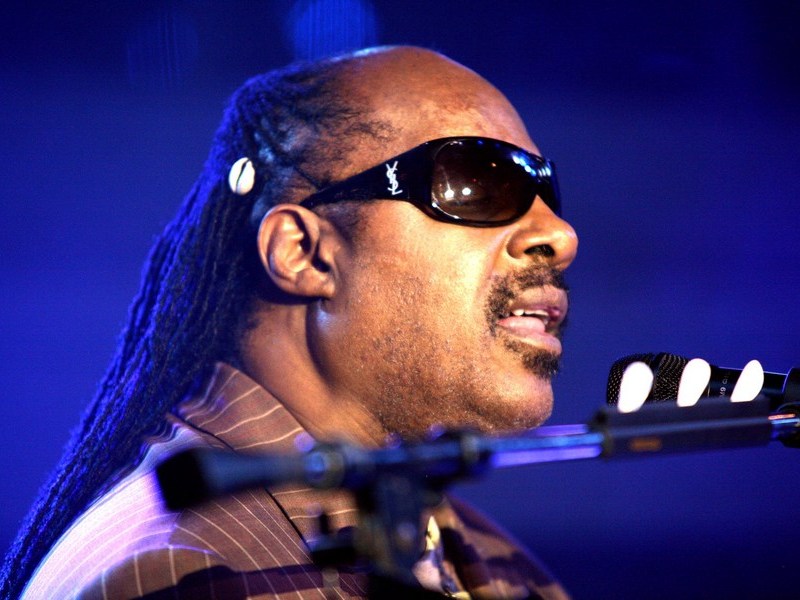 Stevie Wonder Voices Hope For A Life Beyond Trump And Bigotry

Stevie Wonder posted a video on social media, titled “The Universe Is Watching” in which he spoke at length on race relations in the country and how America can move beyond what he believes is Donald Trump's overt race baiting and prejudice.

Wonder quoted from his 1973 Innervisions classic “Visions,” reciting “I'm not one who makes believe/ I know that leaves are green/ They only turn to brown/ When autumn comes around/ I know just what I say/ Today's not yesterday/ And all things have an ending.”

He spoke about how he commentated Juneteenth, despite the fact that it's not a nationally recognized day, saying, “As a matter of fact, there are three states that still do not recognize it: North Dakota, South Dakota and Hawaii. How did it feel to celebrate freedom that we’re still fighting for? It felt, and feels, too familiar.”

Wonder spoke specifically about Donald Trump's ugly words in regards to race: “I've heard the person in the highest place of this nation say, 'There are fine people on both sides.' That sounds non-comitial to me. 'I have a great relationship with the blacks' — (but) peaceful protesters called 'thugs.' Immigrants called 'rapists.' And from the very place that civilization began — Africa — I've heard this commander in chief call it an 's-h-*-t hole.' Wow.”

He went on to spell out the fundamentals of what “black lives matter” actually means: “Black lives do matter. It has to be a beginning of an end to all this 'bult-ish.' It is our lives — literally. Yes, all lives do matter — but they only matter when black lives matter, too. Y'know, it's a sad day when I can see better than your 20/20 vision. The universe is watching us.”

Stevie Wonder went on to urge everyone to make a concerted effort in changing the direction of America: “To those who say they care — move more than your mouth. Move your feet to the polls and use your hands to vote. The future is in your hands. The youngest at 18 and the oldest at 110 can make a difference. Make your plan now to vote; because right now, there are forces trying to take your vote away in November.”