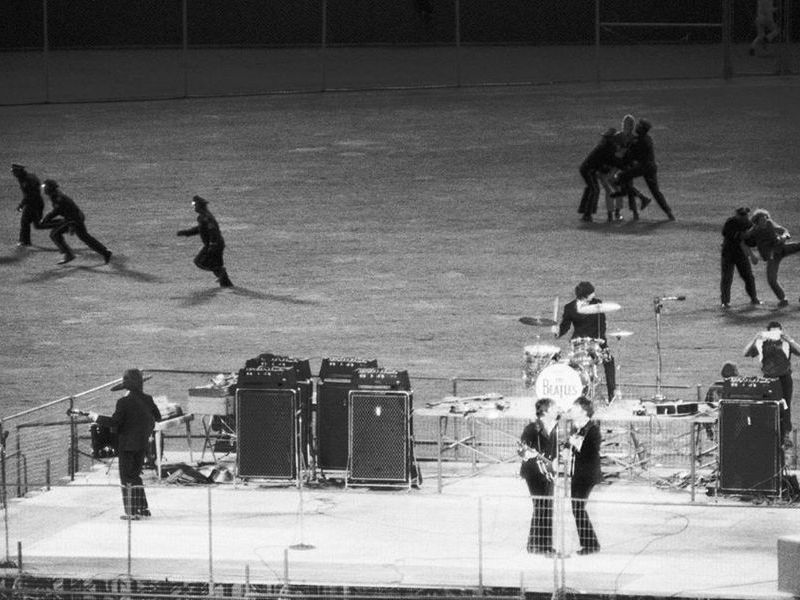 It was 54 years ago today (June 24th, 1966), that the Beatles kicked off their final tour in Munich, West Germany. The tour, which saw the group performing in Germany, Japan, the Philippines, and North America, was plagued with controversy. In the Philippines, the Beatles, who had politely declined an invitation to attend a banquet with then-President Ferdinand Marcos, were virtually run out of the country for what the Filipinos believed to be a snub towards the first family.

Meanwhile, in the U.S., trouble was brewing after a statement John Lennon had made the previous spring in an interview with The London Evening Standard, during a philosophical discussion about religion, was taken out of context and printed in the U.S. teen magazine Datebook. The magazine, which printed Lennon's quote that “Christianity will go it will vanish and shrink. . . Jesus was alright, but his disciples were thick and ordinary . . . We're more popular than Jesus now,” ignited protests, including record burnings all over the “bible belt” and southern U.S. states.

The Beatles held a press conference on August 11th in Chicago, the night before they started the U.S. leg, where, after trying to explain exactly what he meant in the interview; Lennon essentially apologized — not for the statement itself, but for how it may have been interpreted. Death threats plagued the Beatles throughout the 14-date tour — especially prior to the group's August 19th show in Memphis — their only show in the South.

The tour dragged on through the States to still strong, but less-than-sellout crowds, where the group, already long bored with performing for screaming fans, lazily ran through a set which showed no sign of the experimentation heard on their Revolver album, which was released days before the tour began.

Ringo Starr explained that when the Beatles were on the road, there was barely a respite from the mania: “Y'know, we were on 24 hours a day, really. From the minute we opened our eyes; somebody wanted to get at us for something. Y'know, the story is, like, we'd take the whole floor of a hotel and we — the four of us — would be sittin' in the toilet (laughs). It was the only place we could sort of get away from the pressure, 'cause the pressure was on as soon as you opened your eyes” 'Sign this!' 'Say this!' Do this!' 'Gimmie, gimmie!' And so, we'd try and get some space.”

Paul McCartney says that the Beatles always felt that quitting the road would be a major turning point for the group: “I remember thinking a bit like Army buddies. One of the songs we used to love was 'Wedding Bells.' (sings song) And this idea that you'd been army buddies but one day you'd have to kiss the army goodbye and get married and act like normal people — it was a bit like that. We knew that day would come.”

The Beatles played their last public performance on August 29th, 1966 at San Francisco's Candlestick Park. McCartney, knowing that the show was to be the Beatles' last, captured the show on a portable tape recorder, which eventually has made the rounds of bootleg collectors.