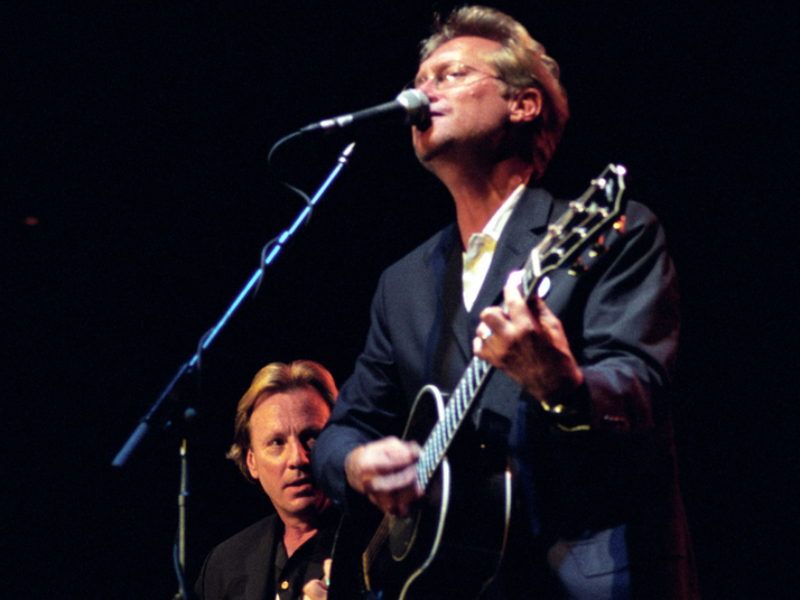 America is eying its first new album in over a dozen years. Set for release next month in celebration of the band's 50th anniversary is Half Century, an eight-disc box set containing hours of rare archival studio recordings consisting of alternate mixes, demos, and rehearsals, including several previously unreleased tracks ranging from 1970 to 2000.

Co-founder Dewey Bunnell spoke to Goldmine and shed light on the band's future recording plans, explaining, “It’s never off the table. We’ve never said no. It’s all just a matter of timing and having the material. But we haven’t looked each other in the eye and said let’s do it, let’s make one this year. Probably next year will be more realistic because this year we’re focused on everything about the 50th anniversary.”

Unlike partner Gerry Beckley, who's seemingly always working on solo projects between America tours, Bunnell admits he's not that prolific a songwriter as he was during the band's '70s heyday: “As life goes on, suddenly you have families that add the usual distractions. So I don’t go into my little office and start strumming as much as I used to by any means. But Gerry has to get that stuff out. He has a home studio, so he’s always come up with hard drives full of digital information and songs.”

Dewey Bunnell maintains that he and Gerry Beckley work just as hard today in delivering their songs to both the die-hard and casual fan: “You’re up there trying to give those songs justice. But it’s also about the people that have paid their money — even young people and first timers that have never seen us before. Still the bulk of our audience are a certain age, and they want to relive those memories. So it’s a nice, solid thing. But it didn’t happen overnight. Our show has evolved over the last 25 years. The recordings fell off and the sales slowed down for all the usual reasons. Everything changes, and we’ve changed, too. But that live show had to keep evolving.”

We asked Dewey Bunnell if after all these years working with Gerry Beckley he ever thinks of it almost like a marriage: “People say that, of course, yeah, and Gerry and I have had a few marriages that didn't last as long, but nevertheless, we've worked together since we were teenagers — y'know, we really went to high school together. Then, once we got established, made the first albums, had some success, moved to California — then you set up your own lives a little. Y'know where the areas are in your lives that you want to keep private and you know where you can blend your work with your lives.”