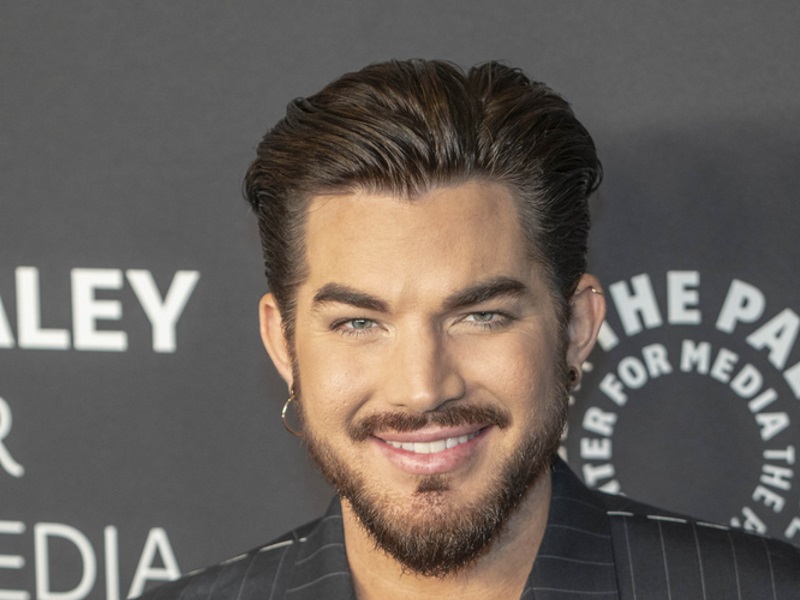 ADAM LAMBERT CANCELS EUROPEAN TOUR AMID PANDEMIC: Adam Lambert has called off his tour amid the global health crisis. “I am so so sorry and completely heartbroken that we have to cancel the upcoming Velvet Tour in September. I have been so excited to the play the new album to you guys – I know we all wanna dance right now!” he wrote. “However, due to what’s best for our health and safety, along with COVID-19 government guidelines across the continent, this has become the only option. With a handful of other commitments scheduled, I am sad to say that I won’t be able to reschedule these shows.”

FERGIE BRINGS SON AXL TO PROTEST SUPPORTING BLACK LIVES MATTER MOVEMENT: Fergie took to her Instagram on Sunday to share a video of herself attending a Black Lives Matter protest with son Axl, 6. Fergie captioned the video “It starts at home” while sharing clips of herself and Axl wearing masks and gloves while carrying a sign that read, “Racism Must Stop #BlackLivesMatter”.

FRANKIE GRANDE COVERS ‘RAIN ON ME’ WHILE CELEBRATING THREE YEARS OF SOBRIETY: Frankie Grande took to Instagram to reveal that he is three years sober. In honor of the anniversary, Frankie shared a video of himself covering his sister Ariana Grande’s new song “Rain on Me” with Lady Gaga. “Today is my 3-year sober birthday!” Grande wrote. “The gratitude that I am feeling right now for this life beyond my wildest dreams is overwhelming. thank you to all of my amazing friends and family for supporting me on this challenging yet unbelievably rewarding journey.” Grande included a phone number for the U.S. Substance Abuse and Mental Health Services Administration hotline: 1-800-662-4357.

KYGO CREATES AN EXCLUSIVE MIX FOR CALM MEDITATION APP: Meditation and mindfulness app Calm has secured a 60-minute mix from Norwegian DJ and producer Kygo. It is described as building upon his Golden Hour album, which came out at the end of May, including a piano instrumental version of one of its singles, “I’ll Wait.” Kygo tweeted that it is a blend of “piano, instrumentals & good vibes.” Kygo joins Above & Beyond and Moby as electronic music artists to release music and specially curated mixes with Calm. Major artists outside of the dance music realm include Sam Smith, Five Seconds Of Summer, and Sigur Rós, among many others.