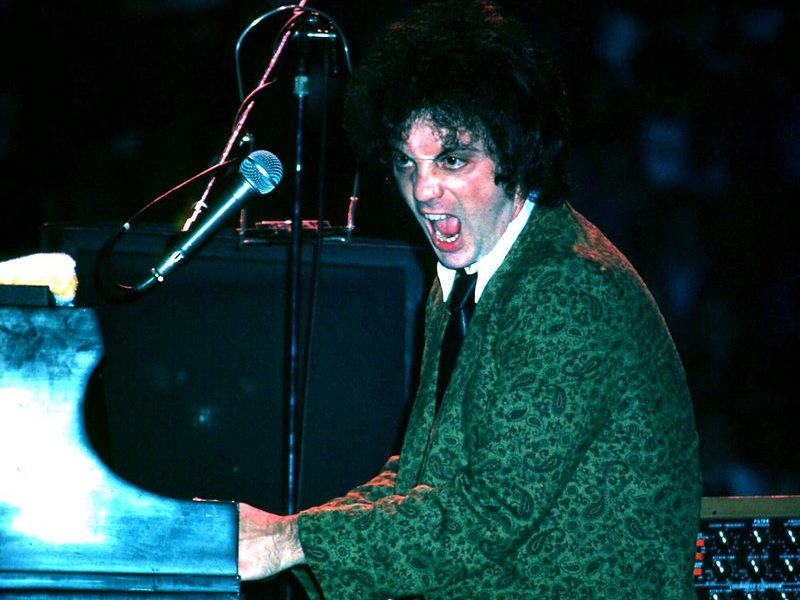 Paul Simon actually played a crucial role in helping birth a Billy Joel classic. Liberty DeVitto, who was Billy's drummer for 30 years, will publish his long-awaited memoir, title, Liberty: Life, Billy, And The Pursuit Of Happiness on July 14th. In the book, he explained that the 1977 hit, “Only The Good Die Young” was originally arranged as a reggae song — until Paul Simon — who was also produced by Phil Ramone — helped the band find a way to make the track irresistible.

DeVitto wrote in the book, “The groove change happened when Paul Simon came to visit us in the studio. He felt the words were so controversial that the groove should be light-hearted. The listener would get caught up in the fun feel and the lyric would fly by without being noticed. That’s when I came up with the first drum fill, which is basically a rip-off of Mitch Mitchell‘s playing on Jimi Hendrix‘s 'Up From The Skies' on Axis: Bold As Love. The whole brush swing feel comes from that record. (Bassist) Doug (Stegmeyer) and I had gone out partying the night before we recorded 'Only The Good Die Young,' and I was so hung over that I passed out in the broom closet of the studio right after we recorded the track.”

He went on to recall, “One of the greatest things to happen to The Stranger album came from the Catholic Church. 'Only The Good Die Young' was bombing as a single and falling off the charts when Catholic churches banned the song. The worst thing you can tell a young person is that they can’t do (or listen to) something. The Church wound up selling a lot of records for us. I put a couple of extra bucks in the basket on Sunday.”

In the new book, Liberty DeVitto, breaks things down and gives the back-story behind every song he recorded with Billy over the decades. We asked him what he remembered about band recording overdubs for 1976's Turnstiles at Nederland, Colorado's famed Caribou Studios: “Crazy, crazy, crazy times. The only thing I remember about Caribou — as far as playing — is I had to overdub a snare drum. Because the way the mic'd my drums on the Turnstiles album, 'Say Goodbye To Hollywood' — when I went to the hi-hat, and I opened it up, there was too much and they couldn't pull the snare up enough and I had to overdub a snare drum. I remember that, and I remember Richie (Cannata), in the beginning, having a hard time breathing when he had to do the solos (due to the altitude). And we rehearsed there, too — so we were there for about two weeks. And all the girls that worked there. . . Y'know, that's when it became insane.”