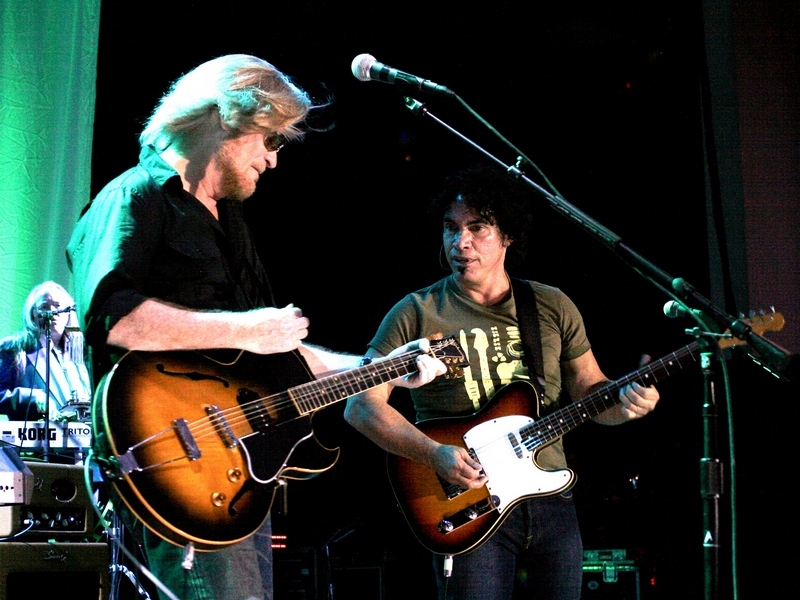 Daryl Hall & John Oates are in the process of rescheduling its joint tour with Squeeze for the summer of 2021. The groups, who were set to be on the road hitting sheds throughout the current concert season, decided to push everything a full calendar year due to the ongoing pandemic. The rescheduled 2021 dates will be announced soon.

Hall & Oates said in a statement:

As we continue to monitor the ever changing situation, we wanted to let everyone know that the Daryl Hall & John Oates summer 2020 dates through the end of July are being rescheduled to summer 2021. We hope to announce these dates shortly and look forward to seeing everyone next summer. Please continue to check back at your point of purchase for further information regarding the ticketing policies.

We will let you all know the rescheduled dates as soon as we have them. All our own headline shows that were scheduled for summer 2020 will also be rescheduled alongside the Daryl Hall & John Oates shows to next year. Please check back with your point of purchase for information on your tickets. We are sad not to see you all this summer but very much look forward to seeing you next year. Until we can entertain you again, stay safe and take care of each other. Much love from all in the Squeeze camp.

Back in January, John Oates spoke to Rolling Stone about hitting the road with Squeeze, explaining, “Squeeze are unique, have great songs and don’t sound like anybody else. I’ve been a fan of theirs from the very beginning and our audience is going to love them.”

Squeeze's Glenn Tilbrook said in a statement at the time: “I am so excited and jumping for joy with the prospect of this tour with Daryl Hall and John Oates. They are the bee's knees! I had the pleasure of seeing an awesome show of theirs in Kentucky last year, and feel that we are a match made in heaven, to be consummated at every show!”

Daryl Hall, who is busy working on the first original Hall & Oates album in 17 years, explained to us that for the pair, Hall & Oates primarily exists today to celebrate their huge catalogue: “Hall & Oates is this body of work that people really care about. That's really what it's all about — that's why we do it. We, creatively, are individuals at this point, but we have all these songs — I call them my 'children' — and people wanna hear 'em, so we play 'em — (laughs) I mean, it's pretty much as simple as that. People pay us money to (laughs) go out and do that; they enjoy it, we enjoy it, and then we also do other things.”

Although Chris Difford and Glenn Tilbrook had been hesitant in the past over using the Squeeze moniker without a majority of its classic members, Glenn Tilbrook told us that, basically anything the he and Chris Difford write and record together can only be labeled “Squeeze”: “Rather foolishly, from my point of view, anyway, I was very into the idea that a band is a certain set of people, and then if that set would be blown around, it's not that band anymore. Now, I see it differently, although there are similarities, because, I think this version of Squeeze that we have now is a proper band. It's not me and Chris and anonymous people; it's people who have character and personality, and play, brilliantly — very differently to the old Squeeze. But, I think that's. . . that's a blessing. You don't wanna go on doing what you've already done. You wanna break out somewhere else and do something that's interesting to everyone.”