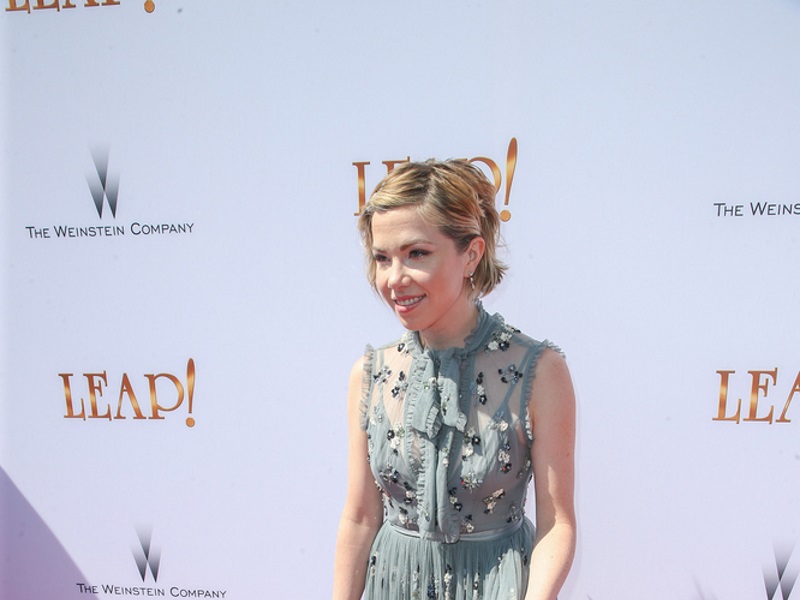 CARLY RAE JEPSEN RELEASES SURPRISE ALBUM, ‘DEDICATED SIDE B’: Carly Rae Jepsen has released a surprise new album, titled Dedicated Side B. The project is a companion piece to her 2019 album Dedicated and features 12 songs including “Comeback” featuring Bleachers. It features writing credits from Jack Antonoff, Ariel Rechtshaid, Dev Hynes, John Hill and more. This is the second Side B album Jepsen has released following 2016’s Emotion Side B, which was a companion piece to her 2015 album Emotion.

HAIM DEBUTS NEW SONG ‘DON’T WANNA’: HAIM has debuted their latest song, “Don’t Wanna,” which is featured on their upcoming album, Women In Music Pt. III. It was written with Rostam Batmanglij and produced by Danielle, Rostam and Ariel Rechtshaid. They recently premiered another new song, “I Know Alone,” with a socially distanced music video to match the current cultural climate. “We hope this song keeps you company,” they said at the time of the song.

ELLIE GOULDING RETURNS WITH ‘POWER’: Ellie Goulding has debuted her new song, “Power.” The accompanying music video was shot in isolation amid the global health crisis. “I wanted to release this song off my upcoming album as a preview into the world my new album is in! ‘Power’ is about relationships in the 21st century, how they can now be dictated by social media, superficiality and material things. Dating can sometimes start out with lies or embellishments. The girl in the song is disillusioned by love and the cruel, good looking, self-obsessed people she keeps ending up with,” Ellie explains of the song.

JESSE MCCARTNEY DROPS NEW SINGLE ‘FRIENDS’: Just before he was unmasked on The Masked Singer as the Turtle, Jesse McCartney dropped a new single called “Friends.” “I think ‘Friends’ comes at a time when we all realize what’s most important. With the future looking uncertain, it’s nice to have friends to lean on for moral support,” Jesse shared. He added, “I know I speak for everyone when I say we’re all looking forward to getting back to our routines and seeing our loved ones face to face again!” A music video for “Friends” will be coming in a few weeks, and was shot remotely to adhere to social distancing guidelines.

THE WEEKND & DOJA CAT TEAM UP FOR ‘IN YOUR EYES’ REMIX: The Weeknd and Doja Cat have teamed up for a remix of The Weeknd’s song “In Your Eyes.” The original version of “In Your Eyes” appeared on The Weeknd’s latest album After Hours. The Weeknd also announced that he will be postponing his 2020 After Hours Tour amid the ongoing pandemic. The tour will now kick off on June 12, 2021, in Canada.