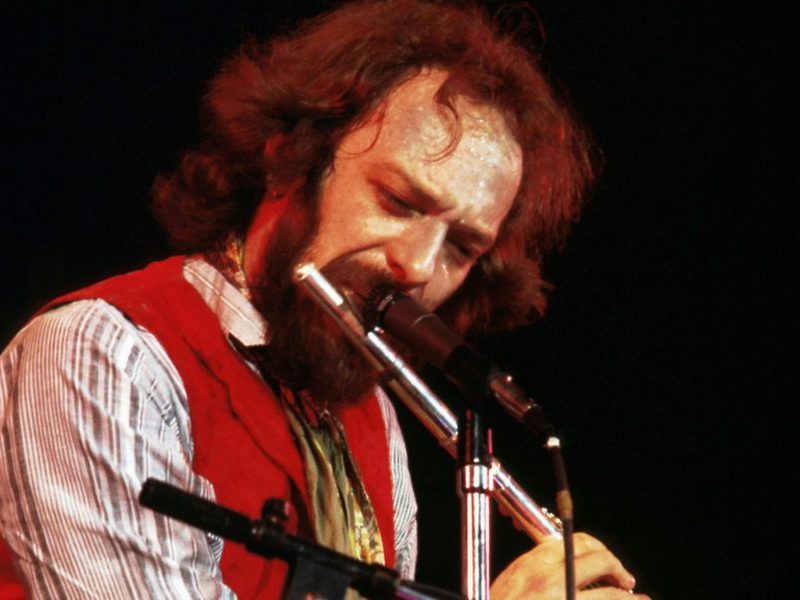 Jethro Tull leader Ian Anderson took time out to assuage fans that may have misconstrued his recent comments that he's on death's door. In a new interview with Dan Rather on his AXS TV series The Big Interview, Anderson revealed he is suffering from chronic obstructive pulmonary disease (COPD) — a chronic inflammatory lung disease that causes obstructed airflow from the lungs.

Anderson alarmed fans by saying: “If I’m kept in a reasonably pollution-free environment in terms of air quality, I do OK. But my days are numbered. It’s not yet at the point that it affects my day to day life — I can still run for the bus.”

Ian Anderson issued an official statement, which reads in full:

Thanks for your concern but no worries about my diagnosed COPD and Asthma. I have had 14 months with no infections and no bronchitis so last year was the first since my 20s when I didn’t get sick at all. The conditions I have are early-stage and I plan to keep them that way. I really meant when talking to Dan Rather last September that my days as a singer were numbered rather than days to live! After all, I am 73 years old this August! But I should be OK for a few more years if COVID doesn’t get me first.

I am at no more risk of catching the COVID virus than anyone else. Just that the results could be much worse than if I was 17 or even 27. If anything, I am less likely to catch it than many people as I have been practicing very safe hygiene for years and social distancing is a way of life for me! I am well rehearsed in public spaces, restaurants, hotels etc. Only flying causes me concern. But I have all the best gels, sprays, masks and facial protection ready for if and when the time comes to embark into the real world professionally.

A mild COPD or asthma are just things to live with for the millions around the world who suffer. But no impact at all on my daily life as long as I don’t catch a cold or flu virus and suffer the subsequent heavy bronchitis which, for me, historically follows since I was a young man. But on the upside I don’t suffer from Hemorrhoids or erectile dysfunction. So, things are looking up, not down. (Puns fully intended.)