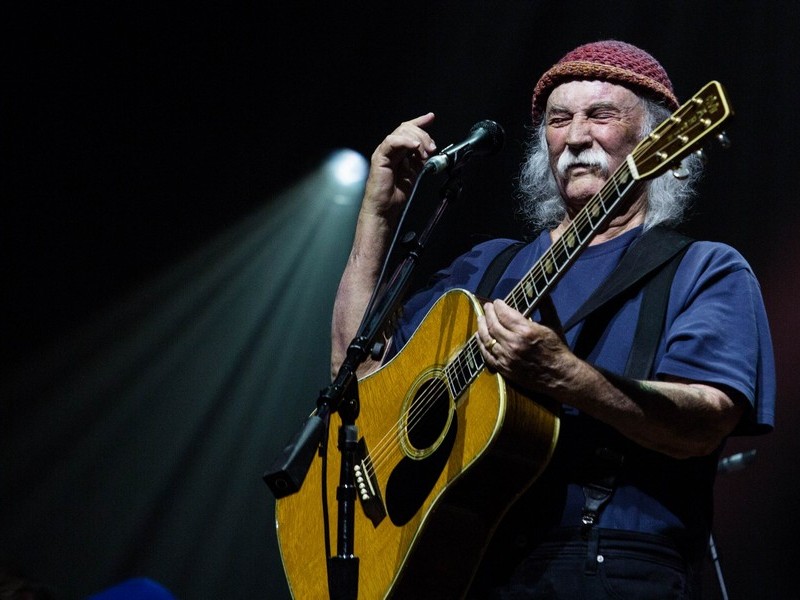 David Crosby held out as long as he could, but unfortunately was forced to postpone his 25-date spring and summer tour. “Croz,” who was to set to hit the road next week with his Sky Trails Band, posted a message to fans on social media, explaining, “It is with great regret that we have to postpone our upcoming tour. The safety and well being of the fans is our paramount concern. We are already in the process of rescheduling all these shows and we should have news for this very soon.”

Back in April, Crosby spoke frankly about what scrapping the dates would mean for him, telling GQ: “I'm sitting here waiting for them to cancel all my tours this summer and put me in deep financial trouble. . . That's really the only thing that we can do to make any money. And to lose it is just awful. I may — honest to God — I may lose my home. I don't know what to do about it, except just try to roll with the punches and keep going. Truthfully, if I lose the tours, I probably will lose my home.”

He added, “Right now, they're canceling up to April. They haven't talked about May yet, which is when I'm slated to go. But once I start in May, I'm working almost constantly until about six days before Christmas. And if I lose it all, I'm going to be in deep s***.”

When we last caught up with David Crosby, he revealed to us that his current collaborators have helped him reach a new plateau creatively: “It finally hit what I thought it would be in the first place. And it takes time; a band is a chemistry — they had to find out how to respect each other and leave room for each other. The whole thing had to have time for the chemistry to gel, and it did. And two nights ago, it was one of the best nights of my life. Ever. I don’t think there’s ever been a ‘Deja Vu’ better than two nights ago. There were several things we did that were the best I’ve ever done with anybody. So, I’m (as) happy as I could possibly be. It’s like a dream coming true for me working with cats that good.”