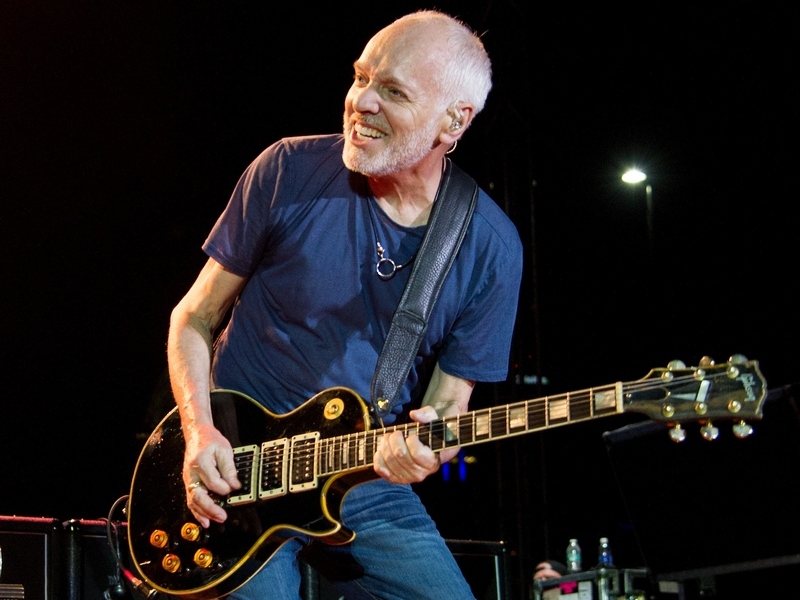 Fans Can Bid On A Peter Frampton Guitar Lesson

How would you like a private guitar lesson from Peter Frampton??? Fans are in luck as the legendary guitarist is offering up a lesson during a private Zoom session — or if you like, holding out till the self-isolation ends and meeting him in Nashville for a one-on-one lesson, via CharityBuzz. The Frampton “Experience” will occur between May 8th, 2020 and May 8th, 2022. The auction ends on Thursday, May 7th at 4:22 p.m. ET.

According to the online bidding page:

The money raised will go toward the Robert F. Kennedy Human Rights organization, which works with activists to affect positive change in governments and corporations while advocating for social justice and human rights.

Also up for bid separately at Charitybuzz is a limited-edition Gibson Les Paul guitar autographed by Peter. The instrument features a satin honey burst finish.

Peter Frampton told us that after his record breaking ascent to superstardom with 1976's Frampton Comes Alive!, he's always there for younger artists who need some guidance: “It's always nice to give back some info and, you know, help out. The public have given me a lot, so for the people that are really interested in going into music, maybe I can help them not make (laughs) all the mistakes I made.”

Frampton told us that back during the original Frampton Comes Alive era, his legendary black Gibson Les Paul was a warhorse onstage and unlike today — when due to various tunings, he can go through half a dozen guitars during a single show — the guitar had to handle everything Frampton threw at it: “We didn't have more than one guitar in those days, y'know. If you wanted another guitar, you sold the one you had to get another one (laughs). So it was only. . . I think I had a white backup Les Paul — that was about it. And nobody really had backups of things — that was it. I think if there was different tuning for 'Nowhere's Too Far (For My Baby)' I would do it before the number onstage by myself. I don't tune myself anymore; I have someone I pay to do that (laughs) — fancy schmancy, yeah!”