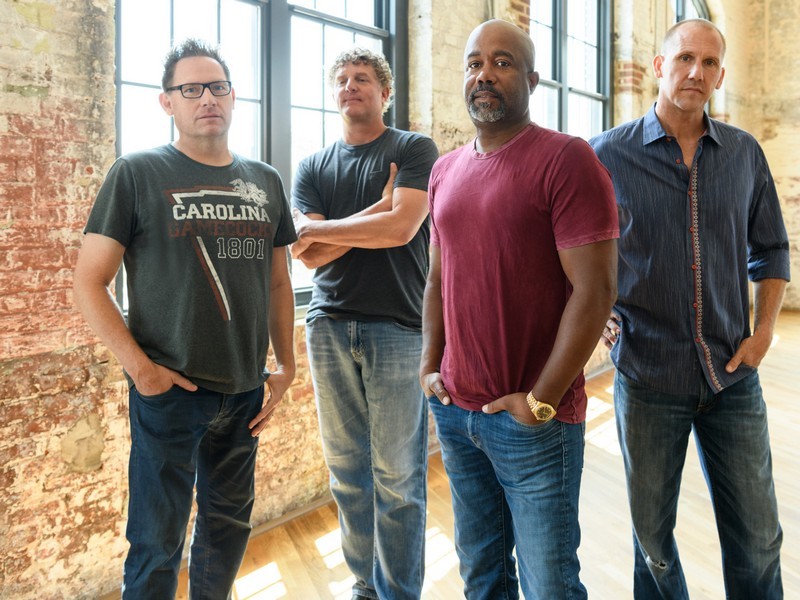 Hootie and the Blowfish have released a cover of R.E.M.’s “Losing My Religion,” available to stream and purchase exclusively on Amazon Music.

During their 2019 reunion tour, Hootie and the Blowfish covered R.E.M.’s No. 1 hit “Losing My Religion,” and R.E.M.’s Mike Mills also joined them onstage in New York City for a couple of numbers.

“When we were cutting our teeth as a band, almost every night fans would hear us on stage covering R.E.M.,” says lead singer Darius Rucker. “‘Losing My Religion’ is a song that when you first listen to it, you can feel the struggle, the back-and-forth.” “We’re releasing it as a cover with Amazon Music because I think it’s still as thrilling to people today as it was when it was first released,” he adds.

Amazon Music customers can simply ask, “Alexa play the Amazon Original by Hootie & The Blowfish” in the Amazon Music app for iOS and Android and on Alexa-enabled devices to hear the cover.

Rucker recently gave an at-home performance of three songs for patients, families and staff at a local facility dear to him as a native of Charleston, South Carolina. The appearance was for the behalf of MUSC Children’s Hospital, the largest and most comprehensive pediatric health care facility in South Carolina.

The appearance was coordinated by Musicians On Call, who deliver “the healing power of music” to patients, families, and caregivers in healthcare facilities. “Thank you to @dariusrucker for making such a special moment for the folks at @MUSCkids with us today!” posted Musicians On Call.