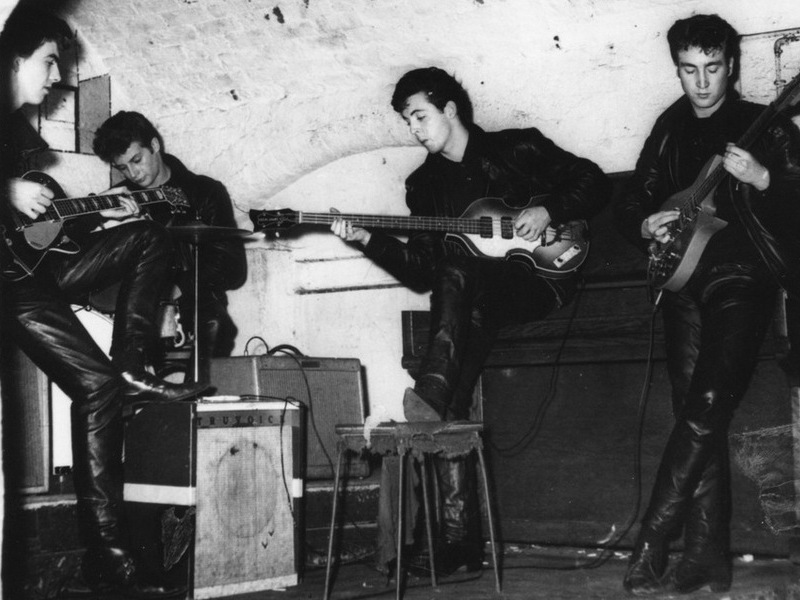 A previously unseen black and white photograph of the Beatles from 1959 has just been unearthed. Britain's Daily Mail has posted the photo of the group, which features Paul McCartney on his Framus Zenith acoustic guitar, John Lennon on his first electric instrument — the Hofner Club 40, and George Harrison on his acoustic Hofner President, rehearsing in an unknown living room in Liverpool. The photo marks the fourth-earliest shot of Lennon, McCartney, and Harrison together.

According to the report, “The image, thought to have been taken in late 1959, was found in a purchase by music memorabilia specialists Tracks Ltd.” Renowned Beatles historian Mark Lewisohn said of the newly discovered shot: “There are few Quarrymen photos and a discovery such as this is extremely rare. Within a year of this moment the Quarrymen had become the Beatles.”

When we last caught up with Graham Nash he recalled the first time he laid eyes on the Beatles when he and Hollies co-founder Allan Clarke were competing against the Quarrymen during an amateur talent contest: “The very first time I ever saw the Beatles in 1959, um, they were on a talent show with me and Allan Clarke and they played a Buddy Holly song — 'Think It Over.'”

George Harrison admitted that he felt that it was all downhill for the Beatles as a band following their early club days: “In the Beatles, I think the sad bit came when we got famous. Because before that, we played all them clubs, little clubs all over the place and in — particularly in Germany, we played months and months in these nightclubs. We played eight hours a night. Then it was good, cause you were just. . . everybody was just dancing and drinking, the band was up there just drinking and playing and, y'know, there was no big emphasis on how groovy you were.”