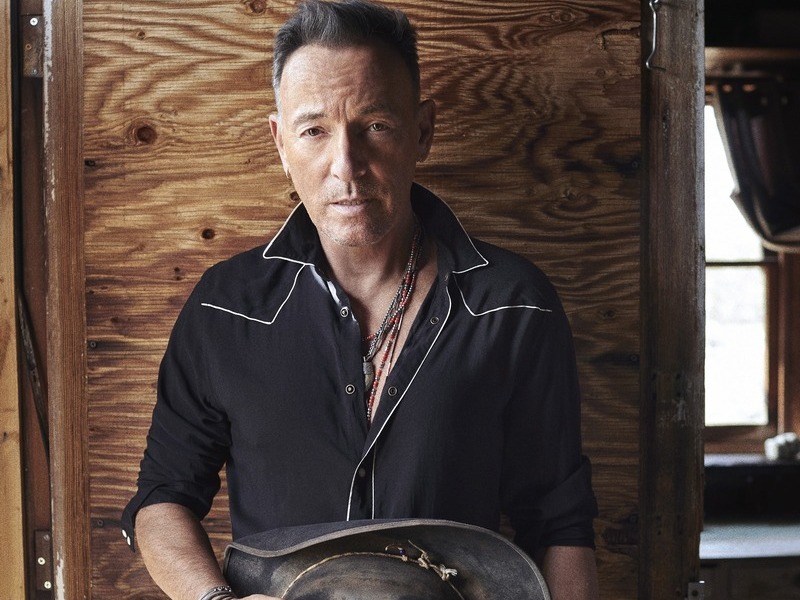 Bruce Springsteen connected with fans who are all in the same boat at home shielding themselves from the deadly coronavirus. Variety reported “The Boss” addressed the current state of self-isolation yesterday (April 8th) during his guest DJ spot on SiriusXM's E Street Radio. Springsteen spoke with great empathy to listeners, asking, “Are you alright? Are you social distancing, are you staying in your home with your loved ones? I think that’s the question of the year, 'Are you all right?' If you are by yourself that’s not so bad. I spent 35 years of my life alone in my room and I liked it. My sons are doing that now and they sound pretty happy. They are in no rush to come home. What do you miss? I miss going to Max’s and the Windmill and getting a hot dog. I miss walking along the promenade and boardwalk in Asbury Park. I miss sitting at the bar and having beers with some friends. I miss baseball.”

He went on to say, “I think the strangest thing is how the world suddenly feels unsafe — a walk, going to the grocery store, a drive, walking along the beach which is now closed. That feeling of safety you once had has been stripped away. I’m going to take the time to play one of mine. I think everybody is waking up these days, that it’s Groundhog Day. Every day is like the other day. I get up, I exercise, I exercise some more. I go downstairs I eat breakfast, I eat breakfast again (laughs). I go in front of the fire and read a little bit. If I’m lucky I go outside on the farm and Patti and I walk a bit.”

Springsteen went on to explain, “There are so many problems with a lot of people and facilities being overwhelmed and we just don’t know where we are in the whole thing. How much longer is it going to go, how much worse is it going to get. There is something there that people can get involved with if they’d like to. It’s going to be a helpful and good thing.”

Springsteen also took time to salute the late-singer songwriter John Prine — who, along with Springsteen — was among the new crop of early-'70s songwriters to be dubbed, the “New Dylan.” Springsteen said, “Over here on E Street we are devastated by the loss of John Prine. Not only was he one of our country’s great songwriters, a real national treasure. A sweet and lovely man. I was proud to call him my friend. He wrote music with towering passion, great details of ordinary lives. His death just makes me angry. He was simply one of the best we had.”

Among the highlights of Springsteen's DJ sting were such classic records as Roy Orbison‘s “Only the Lonely,” Bob Dylan‘s “Beyond Here Lies Nothin,'” Bon Jovi's “Livin' On A Prayer,” Don Henley‘s “End Of The Innocence,” and John Prine's “Angel From Montgomery.”

Over 30 years after hooking up with and then marrying E Street Band-mate Patti Scialfa, Springsteen spoke to England's The Bellissimo Files about how he's been able to be part of such a successful relationship: “Anybody that's been married for a long time'll tell ya, it's a daily experience. You take it a day at a time and hope that everything works out (laughs). Y'know, there's never any guarantees that the next day is gonna be what you want it to be. So, you do your best and you just take it a day at a time and you hope that the things that you've built sustains you. Y'know, I make a lot of mistakes along the way, but you hope that the foundation that you've built, and the knowledge you've gained as you've gone through life, is enough to sustain the life that you've chosen.”