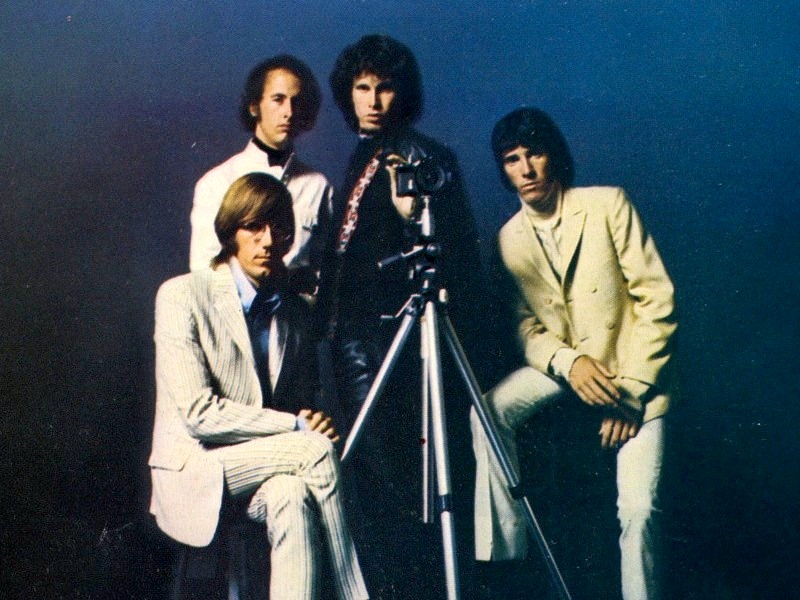 For decades, the late-Ray Manzarek always hinted that Doors frontman Jim Morrison might still be alive. As the myth surrounding the band's “Lizard King” only grew due to a steady influx of books, new releases, and movies, many fans took to believing that Morrison — who died at the age of 27 in 1971 — possibly faked his death in Paris.

Robby Krieger, who wrote such legendary Doors tunes as “Light My Fire,” “Love Me Two Times,” “Touch Me,” and “Love Her Madly,” revealed that both he and John Densmore were never happy with Manzarek playing the public with such a serious issue as Morrison's death. Krieger told Classic Rock magazine, “Ray became kind of the spokesman of the Doors, all the stuff he used to say about trying to make it like Jim wasn’t dead and stuff. It was kind of creepy, because he was obviously just doing it to try to keep the sales up or something. I think that’s what John was thinking. But after really talking about it with Ray, he just loved the Doors and he didn’t want people to forget. Maybe he went too far.”

Regarding the possibility that Manzarek actually believed that Jim Morrison was truly alive, Krieger said, “That was pretty much bulls***. Yeah, he didn’t have to do that, and that I think really got him and John in a bad (way).”

Robby Krieger went on to say that the Doors' 1978 album, An American Prayer, which featured him, Densmore, and Manzarek, creating new music behind Jim Morrison's previously recorded poetry stands among his favorite pieces by the Doors. He maintains that it was indicitive of where the Doors would've headed had Morrison not died: “That was sort of the idea in the first place. It was poetry, and jazz, and I bet you that would have been the direction. Yeah. That was the whole idea behind it — like I said, poetry and music together. Guys used to do that back before us. Allen Ginsberg and those kinds of guys, they would do poetry and they might have some jazz playing with them. But for a pop group to do something like that, it hadn’t really been done.”

Robbie Krieger told us that for all the drama constantly surrounding the Doors in the 1960's, there were never any ego problems within the band itself: “Jim was, like, the focal point of the band, and that was fine with us, y'know? And I think the very fact that it was fine with us is why we all got along, y'know, so well, in the Doors. It was really like the perfect group, y'know, as far as working together and stuff — there was no ego problems, y'know, and petty jealousies, and stuff like that, that a lot of groups go through.”

On April 24th, Robby Krieger will release his first album in a decade, titled The Ritual Begins At Sundown. The 10-track instrumental jazz set is the followup to Krieger's 2010 Grammy-nominated collection, Singularity