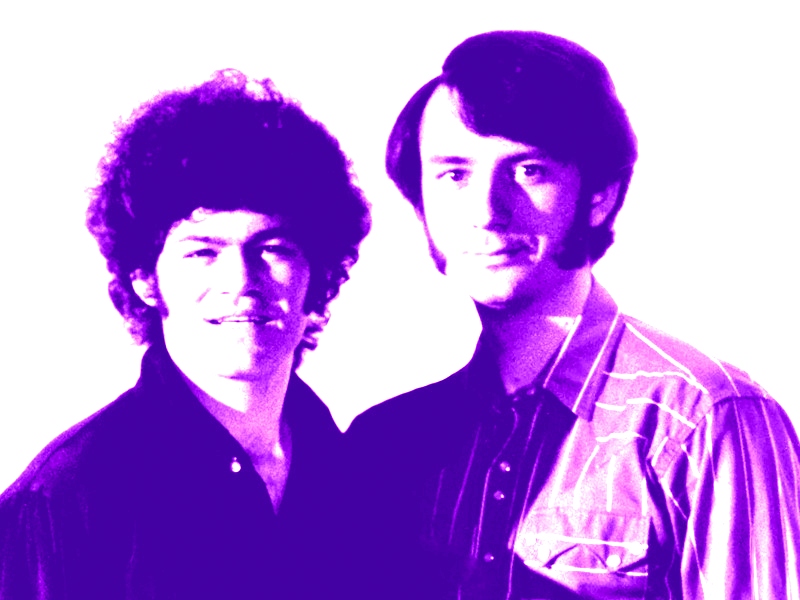 The Monkees' Mike Nesmith and Micky Dolenz have released today (April 3rd) a new, career spanning live album, titled The Monkees Live – The Mike & Micky Show. The set features all three of the group's Number One hits — “Last Train To Clarksville,” “I’m A Believer,” “and “Daydream Believer.” Other hits and favorites include “Pleasant Valley Sunday,” “Randy Scouse Git,” “You Just May Be The One,” “Mary, Mary,” “The Girl I Knew Somewhere,” “Goin’ Down,” “For Pete’s Sake,” and “Porpoise Song.”

The album also features such late-'60s never-before-performed deep cuts as “St. Matthew” and “Auntie’s Municipal Court,” along with recent tracks from 2016's Good Times collection — “Me & Magdelena” and “Birth Of An Accidental Hipster.”

Micky Dolenz explained to us that unlike nearly every other rock band from the 1960's, there's actually no infrastructure behind the band's touring and business, with the members of the Monkees always acting as free agents entering into a new deal with every new project: “When the show went off the air, it was, 'Bye guys — nice to meet ya!' From that point on to this day, it takes someone, literally tracks us. . . Very similar to, say, if Paramount decides they want to make a new Star Trek movie. Someone calls William Shatner's agent, and somebody calls a writer, and somebody make the deal — and they make the movie. And that's always how it's been with the Monkees. There was never a Monkee management, (a) Monkee office. After the show went off the air, that was it — show's over.”

The tracklisting to The Monkees Live – The Mike & Micky Show is:

“Last Train To Clarksville”
“Sunny Girlfriend”
“Mary, Mary”
“You Told Me”
“For Pete’s Sake”
“The Door Into Summer”
“The Girl I Knew Somewhere”
“You Just May Be the One”
“Birth Of An Accidental Hipster”
“St. Matthew”
“Porpoise Song”
“Circle Sky”
“Me & Magdalena”
“Papa Gene’s Blues”
“Randy Scouse Git”
“Tapioca Tundra”
“Take A Giant Step”
“Auntie’s Municipal Court”
“(I’m Not Your) Steppin’ Stone”
“Goin’ Down”
“Daydream Believer”
“Pleasant Valley Sunday”
“Listen To The Band”
“I’m A Believer”