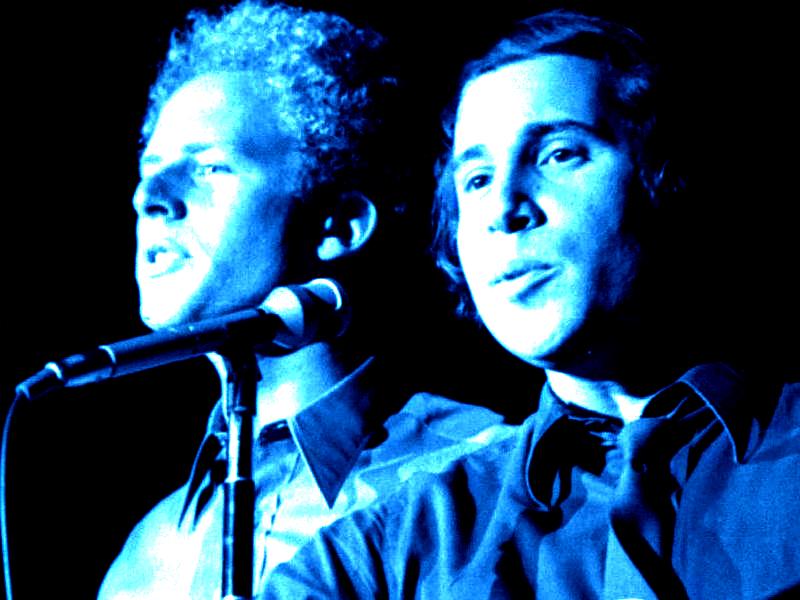 It was 52 years ago today (April 3rd, 1968) that Simon & Garfunkel released their fourth album, Bookends. The album was coming off the success of the duo's songs being featured in Mike Nichols' blockbuster 1967 hit movie, The Graduate — the soundtrack for which topped the charts for nine non-consecutive weeks. Bookends was propelled by Simon & Garfunkel's massive Number One hit that spring, “Mrs. Robinson,” which was by far the pair's biggest hit to date.

Bookends, which was issued the day before the assassination of Dr. Martin Luther King Jr. in Memphis, followed the soundtrack to The Graduate in the Number One spot on May 25th, 1968 for the first of seven non-consecutive weeks. Bookends was immediately heralded as a masterpiece of modern record making and a cultural signpost of its time.

Art Garfunkel recalled to us how “Mrs. Robinson” nearly didn't become the theme to The Graduate: “I remember meeting at a soundstage Paul and I and (director) Mike Nichols and talking about what will go in that scene. And I said to Mike, 'Y'know, Paul is in the middle of writing a song called 'Mrs. Roosevelt' which he's about to give up on, he doesn't like it. But 'Mrs. Roosevelt' could be 'Mrs. Robinson.' And we all looked at each other and thought, 'Yes, it could. That should do it.'”

Garfunkel shed light on the early version of “Mrs. Robinson” that appears in The Graduate: “We recorded it that afternoon even though it hadn’t been fully written, that’s why you see in the film (sings) ‘do do do do do dee dee dee dee da’ — there are no words written yet.”

Shortly before his 2012 death, legendary New York City DJ Pete Fornatale — who authored the book Simon And Garfunkel's Bookends — recalled that by the end of 1968 Simon & Garfunkel's fame had crossed generational boundaries in much the same way the Beatles' music had: “This was the point where the perfect storm had happened, and Simon & Garfunkel were taken from a very formidable level of success into the stratosphere. The soundtrack from The Graduate, (the) Bookends (album) — all these new fans, older fans, moms and dads discovering them by going to the movies to see one of the great motion pictures of the '60s. That brought a whole new audience into the tent, and they were ready to consume anything by Simon & Garfunkel that was out there.”

Fornatale went on to explain how Simon & Garfunkel were able to capture both the hearts and imaginations of an entire generation — and then some: “The true test of art is whether it speaks as eloquently to succeeding generations as it did to the generation to which it was originally intended. And with that in mind, all you've got to do is to listen to 'Old Friends': 'How terribly strange to be 70' — for Paul and Art, back then it was 44 years away. So, the soundtrack sold well, Bookends sold well, and it even carried on it's coattails Parsley, Sage (Rosemary & Thyme) back on the charts. Y'know, there were a couple of weeks there when Simon & Garfunkel had the top three albums (laughs) in the country! That has never been done. . . that was an accomplishment of what I call “Beatlesque” proportions”

Paul Simon, who remains estranged from Art Garfunkel, was asked if he often looks back on the Simon & Garfunkel days: “I don't spend a lot of time thinking about Simon & Garfunkel, but given the span of years of my career, it's only a. . . it's a relatively small proportion. So, y'know, nothing feels like ancient history. It's one of the cliches of getting older, is like, you remember everything as if it just happened.”