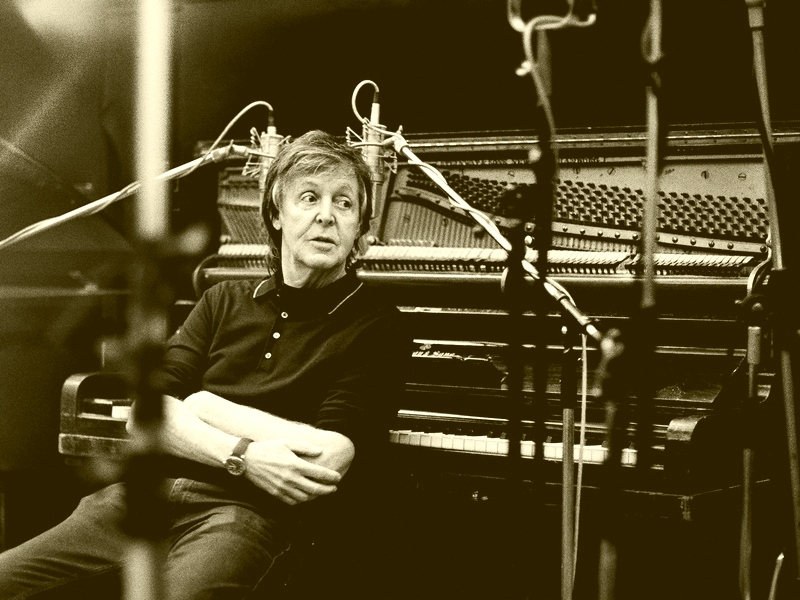 Paul McCartney has just posted a new 11-song Spotify playlist on his official PaulMcCartney.com site. Every month McCartney posts a new tracklisting with a specific theme — with April spotlighting some of his favorite songs dealing with “home and kindness.”

In the “Sticking Out Of My Back Pocket” section of the site, a message was posted, reading, “These last few weeks have been full of unexpected twists and turns so for our latest (list) we’ve taken a look through Paul’s catalogue to search out songs of home and kindness.”

The message went on to say, “Paul often talks of how important family life is to him, so we weren’t surprised to find these comforting themes running through many of his lyrics. So, with the idea of highlighting some of Paul’s lesser-known songs (along with a few classics for good measure!), we’re happy to unveil this month’s new playlist below. Think of it as a hug from us to you and we very much hope you and yours are keeping well and safe.”

One of the highlights on the set is the 1989 Flowers In The Dirt track, “Put It There” — a tune that has always stirred up deep emotions for him: “'Put It There' is basically a song based on something my dad used to say when we were kids. And it's got Liverpool-silly things he used to say all the time. And he just used to say, 'put it there if it weighs a ton.' You'd say, 'Well why do we have to do that' — me and my brother — 'Whey do we have to do that?' — he'd say, ''Cause there's no hair on a seagull's chest.' All these nutty things he'd say. But that one, 'put it there if it weighs a ton' is the kind of thing you then say to your own son. I mean to me, that's really deep. It's something that's a bit of a choker for me, that line.”