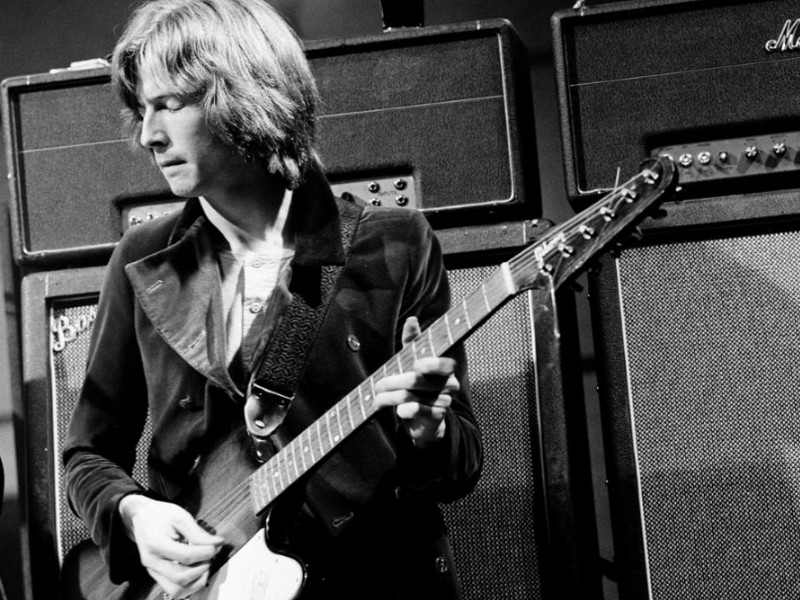 Happy Birthday to Eric Clapton, who turns 75 today (March 30th)!!! Clapton is the latest artist to push back his upcoming dates, opting to postpone his European tour for nearly a year. Clapton was supposed to kick off the European jaunt this past Sunday (May 29th) in Prague, Czech Republic. All tickets will remain valid for the rescheduled 2021 dates. Ticket holders should hold on to their original tickets and await further information.

A message was posted on Clapton's social media, which read: “Following the advice of global healthcare agencies and local government instructions, we are sorry that we have no alternative but to announce that the Eric Clapton's European Tour planned for May/June 2020 will now be rescheduled to summer 2021. The health and safety of our band, crew, venue staff and fans are our top priority. We look forward to seeing you in Spring 2021 — Eric Clapton Touring”

Since his mid-'60s stint in the Yardbirds, through John Mayall's Bluesbreakers, Cream, Blind Faith, Derek & The Dominos, and his solo career, Clapton — who was affectionately dubbed “Slowhand” by his fans — has come to personify the best in blues-rock guitar. Clapton holds the unique distinction for being the only artist inducted into the Rock and Roll Hall of Fame three times — for his time in the Yardbirds, Cream, and for the work on his own.

In 2018 the officially sanctioned documentary Eric Clapton: Life In 12 Bars premiered on Showtime to glowing reviews and is now available on DVD, Blu-ray, and digital platforms.

Today, Eric Clapton's life is a world away from where he was in the 1980's. Now a sober family man, he recently talked about how low his two bottles of vodka a day habit had laid him: “I would wake up and look out the window and I wouldn't know if it was morning, or late afternoon, or if it was dark, whether it was night — evening or early — y'know, I didn't know in the end. And sometimes I didn't even know where I was. Even though I woke up at home, I wouldn't know where I was. And then sometimes I would go out, or if someone managed to get me into a social situation — I'd drink on top of that.”

In October 2018, Eric Clapton released his first holiday set, titled Happy Xmas. The album, which marked “Slowhand's” first new studio collection since 2016's I Still Do, was co-produced by Clapton and longtime collaborator Simon Climie. The set featured 13 holiday evergreens, alongside one new track called “For Love On Christmas Day.”

In January 2018, Clapton revealed he's worried about his health and his stamina to get though his upcoming gigs. During a chat with Britain's BBC Radio 2, “Slowhand” touched upon his then-upcoming concerts, admitting, “I am still going to work. I am going to do a show at Hyde Park in July; the only thing I am concerned with now is I am going deaf, I’ve got tinnitus, my hands just about work. . . I mean, I am hoping that people will come along and see me (for) more than (because) I am a curiosity. I know that is part of it, because it’s amazing to myself that I am still here. The only thing I'm concerned with now is being in my 70's and being able to be proficient.”

The month before, Clapton spoke about some of the maladies plaguing him as he ages, telling Rolling Stone: “I had eczema from head to foot. The palms of my hand were coming off, and I had just started making (2016's I Still Do) with (producer) Glyn Johns. It was a catastrophe. I had to wear mittens with Band-Aids around the hands and played a lot of slide (guitar) as a result. My hands are good. It hasn't gone completely, but I put ointment on. It's just getting old now. I'm as good now as I've been in the last two years.”

One of the downsides to having such a long and influential career is that Clapton's current work is always measured against his past successes. He admits that he's easily insulted when people tell him that they prefer his earlier work: “People have said to me, 'Your best work was with Cream.' And I think, 'Oh, well, I know you think you're paying me a huge compliment, but in actual fact, it's kind of, y'know, it's a little bit upsetting that you don't care about what I'm doing now.'”

Jimmy Page is one of many Clapton fans who's impressed with not only his guitar chops — but his songwriting as well: “He's got a great body of work, hasn't he? He really understood the blues and how to play it, and he turned a lot of people on to that. In the early days — I'm talking about right in the early days when he had the technique of the finger tremolo and everyone else was wondering what it was — he's had some good songs. On the Derek & The Dominos albums, there was some nice songs.”

Phil Collins, who produced and performed with Clapton throughout the 1980's, told us that one of the biggest highlights of his career was playing live with Clapton: “The most exciting, I think, was playing drums in Eric Clapton's band. Of all the things I've done. It doesn't involve anything to do with my songs.”

Eric Clapton, who's married with four daughters, said that having a stable family and home life keeps him grounded: “I'm hoping, maybe, that there's an evolution going on in my character, which makes it so that I'm just a little bit more accessible — a little bit more sane — about the reality of what I need to be, y'know, and what my life is composed of these days. I'm married and I have kids, and that, that home thing is actually there, and is actually waiting for me. So it's not so much anxiety about that anymore. Nothing has to be that drastic or dramatic as it used to be.”