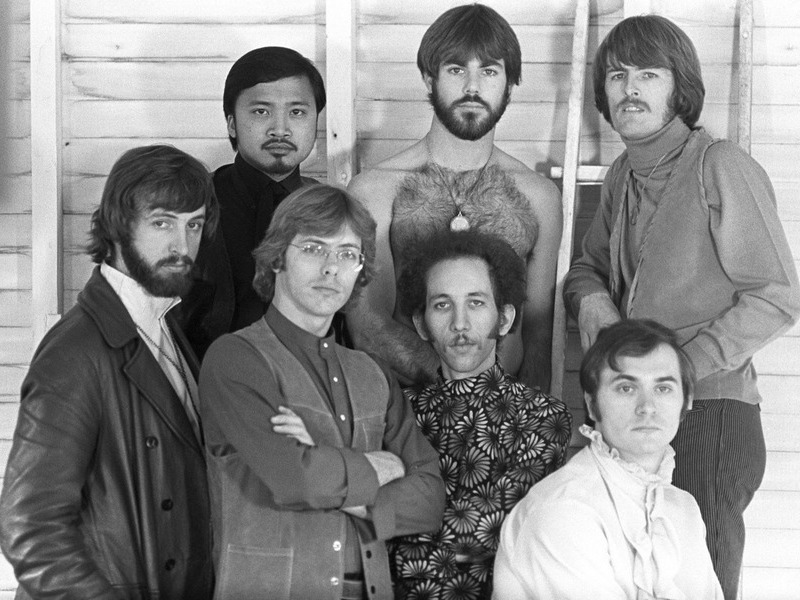 Out now is Along Comes The Association: Beyond Folk Rock And Three-Piece Suits, by the band's co-founder Russ Giguere and Ashley Wren Collins. The book, which features a forward by David Geffen, chronicles the band's rise to fame in and around the L.A. scene while gigging and mixing with the top bands of the 1960's.

The Association, who still tours led by Giguere, will forever be best remembered for their era-defining Top 10 hits “Along Comes Mary,” the Top Two “Never My Love,” and the band's pair of chart-toppers “Cherish” and “Windy.”

The book goes into detail how the band constructed its hit formula sound, along with fascinating and often sidesplitting tales of life on the road. Giguere also sheds light on how the Association was forced to deal with the racism of the era when the band's Filipino guitarist Larry Ramos was denied service in numerous cities — and worse, which led some group members traveling with handguns for protection.

Throughout the decade, the band shared bills and caught shows by such iconic players as the Who, the Doors, and Jimi Hendrix — whom Giguere met in 1967 when the Association opened the legendary Monterey International Pop Festival: “We opened the festival and then we stayed all three days and all three nights, so I was thrilled. First time I was in line for our first meal; I was in line with Jimi Hendrix. Now, I knew nothing about the man, I'd never heard of him. We just talked. We just introduced each other. And then when I saw him, I was in the orchestra pit. Just incredible!”

For book and Association tour info, log on to: TheAssociationWebsite.com